In a radio interview on Sunday, Czech President Miloš Zeman said that he has received "a large amount of letters" over the past week which demand that he should sack the social democratic Prime Minister Bohuslav Sobotka for his pro-refugee stance. Zeman said that it is a pity that he does not have the power to sack him.

Prime Minister Sobotka has publicly criticised Zeman for appearing in public recently with the head of a hate speech organisation Martin Konvička. According to Sobotka, the Czech president "should not participate in events organised by a xenophobic sect which spreads hatred in society". Zeman responded to Sobotka's criticism by saying that Prime Minister's positive attitude to the refugees is a threat to the security of the Czech Republic.

In the radio interview on Sunday, Zeman praised the anti-refugee statements made on Saturday by the Czech Deputy PM Andrej Babiš for the Právo daily. Babiš had told Právo that he does not rule out that his "ANO" party might support Zeman in the next round of the Czech Presidential election. 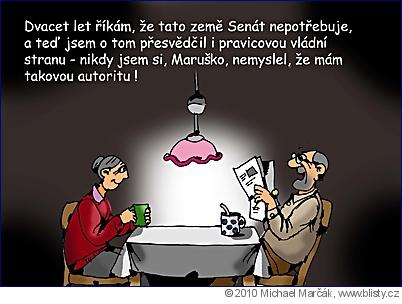