There are places that the general public rarely set foot in – not because they are remote but because they are off limits. Offices and private dwellings, artwork and book depositories, industrial spaces and corridors of power are normally closed for access to the unauthorised hoi polloi, and this is one reason why they attract and fascinate. Another, no less powerful reason is that many such places have been imaginatively designed. The Open House initiative, born in London 23 years ago to turn into a worldwide phenomenon, grants access to some of the forbidden locations, over a limited period of time, for anyone who is interested and can make it.

On 16-17 May 2015, Prague has joined the initiative for the first time, opening doors, free of charge, to over thirty buildings, whose exteriors are more familiar to the eye than their interiors (suffice it to mention the House at the Two Golden Bears and the Dancing House). Attending them all would prove an insuperable challenge, even though some venues, such as the Stvanice power station, required an online preregistration for visitors with the deadline of 12 May. What follows is a brief, partially illustrated personal account of visits to selected buildings on 17 May 2015 – the only day I could manage. It started, for logistical reasons, with the Lucerna Palace and the Fusion Hotel – both rather underwhelming, as it turned out. The Palace’s Marble Hall proved to be just as kitschy in its own charming early XX-century way as the two sample Fusion Hotel rooms in their rather less charming early XXI-century way. However, the lack of aesthetic satisfaction has been duly compensated by the trivia, eagerly provided by extremely helpful volunteers. I have learnt, for example, that constructing the first part of Lucerna, by President Havel’s grandfather, took only a year, from the planning permission to the end product, and that five-star hotels in Prague can be cheaper than in Bratislava. (Everywhere I went, the guides spoke either Czech or Slovak, and there seemed to be very few foreigners among visitors – possibly because the event was advertised almost exclusively in Czech.) A section of the Negrelli Viaduct was even more disappointing: an almost empty room had a table with thematically relevant postcards for sale but hardly any commentary, oral or written, to go with them.

By contrast, the House of Invalids – the farthest point on my itinerary – was well worth a look. Built in the 1730s, this impressive structure feels like a cross between a monastery, a jail, a hospital and a storage. Since the 1930s and until recently it was an archive. Now empty and awaiting an uncertain future, the building (or a large part of it) was free for the curious to wander about unaccompanied, for as long as they liked.

A medium-size queue greeted me at the Ministry of Industry and Trade, erected in the mid-1930s after Josef Fanta’s design. After half an hour wait (owing to a limited group size), my fellow visitors and I were taken to the building’s cupola reminiscent of the Bundestag and to a balcony where even the ministry employees cannot normally go, for some breathtakingly fresh views of Prague. We were also shown a spacious meeting room and an entrance to the minister’s office. /p> The office itself remained inaccessible – as, incidentally, did another venue for power brokers, Kramář’s villa (now the Prime Minister’s official residence). It was only open to the public on Saturday, so I missed my chance. Still, judging by the paintings hanging on the walls of the Trade Ministry, on the one hand, and the Kooperativa insurance group, on the other, the real power these days rests with the business companies and not the government. Kooperativa is housed in Karlin, in the so-called Main Point, which received a 2012 MIPIM Award in Cannes for the best office building in the world. The firm’s team used to be spread over eight Prague locations, and was looking for one place to move everybody in. The thirteen-storey high Main Point had initially been designed as an office space for about 2,000 workers.

When Kooperativa took over the project, it reduced the number of potential occupants to about a half – which undoubtedly helped to create a much more pleasant working environment than it would have been otherwise. Insurance companies are obliged by law to have significant financial reserves, part of which may be held in the form of art objects. Consequently, since the early 1990s Kooperativa has been investing in fine art (mostly Czech, of the turn of the XIX–XX century), and has managed to put together a collection that could make the Czech National Gallery jealous. The sight of the company head’s working desk, made out of an airplane wing, as well as the dizzying vistas over the Zizkov hill from the penultimate-floor terrace, contribute to the sense of the heights that some people have achieved since the Velvet revolution.

All in all, it seems that the Open House weekend in Prague has been a success. In the Kooperativa volunteers’ experience, they had about a thousand visitors a day, the number being limited by the lifts’ capacity. If this figure is indicative of anything, many more thousand people took advantage of the opportunity to see Prague like they never did before. It is expected that at the Open House weekend in London this September, some eight hundred buildings will be made available for a visit. Surely Prague’s secret spaces are not limited to just thirty? 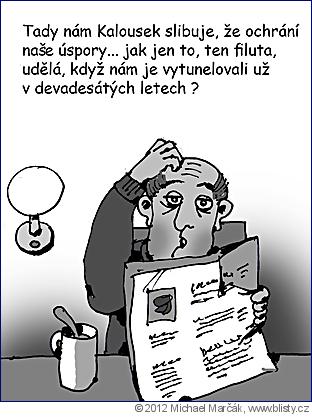