Dom - A Russian Family: Is it a joke or not?

I just saw the most hilarious new Russian film. (That's a statement I rarely make..!) But I'm not sure if I was supposed to be laughing at it. I came out of the cinema thinking, that was such a wonderfully tongue-in-cheek film... or was it?

Oleg Pogodin's Dom - A Russian Family is a wonderful typically Russian thing, a great big wooden house in the middle of the steppe filled with a dysfunctional family who all eat soup behind a long table, shoot wolves, have sex in the fields and punch each other in the nose. The family in Dom is so charmingly maladjusted, they remind you of something in between Mikhalkov's Burnt By The Sun and Thomas Vinterberg's Festen.

This film is always between two things, between Moscow and the Steppe, between love and hatred, between affection and violence.. and stylistically, it's caught between poetic Russian art house and shiny shiny glamourized Moscow movies. On the one hand Vyrypaev's Eiforia and on the other Bekhmanbetov, Night Watch and pop strumpets with tanned legs and gleaming nails. Gorgeously sun-lit wheat fields, juicy colours and fascinating textures of the house, lovely compositions and subtly-paced well-written interactions between the family members somehow don't match with the slow-mo violence and the high budget crane shots that sweep around the lovely family abode.

Dom tells the story of the Shamanov family that is about to be reunited in their big wooden house in the middle of the steppe for their grandfather's 100th birthday. The parents eagerly await the return of their children that went off to Moscow..most of all of Viktor, the oldest son, who also happens to be a big "business man" in the city.. As soon as he steps off the train we know he's come home for more than to congratulate his grandfather. Not far behind him are two cars of baddies in sharp shirts and earpieces, coming to get him!

This impending mafia doom is not the only problem facing the family, Viktor's return of course stirs up all the old dirt, all the problems that had been simmering under the surface for 25 years since he left.

The family is an all-too-clear metaphor for the modern day Russian society. All the problem parts seem to be represented. There's the big brother mafia boss, the second brother is a ne'er do well worker who does his shift and takes no more responsibility than he has to, the next brother is hard working but his enthusiasm is ill-spent and he is always keen to take his gun out. The next brother had great success in science competitions in his school days but his potential has gone nowhere and now he is drunk almost all of the time and ultimately tries to hang himself. The youngest brother is `shy and quiet', morally troubled by the rest of the family. The oldest sister moved off to Moscow and married a questionable TV journalist, her younger sister is over thirty, has sex with a brawny but dim local, and the youngest daughter walks about the house with her nose constantly in a book, asking questions like "what does `the absurd' mean?", to which the most profound answer she ever gets is "the absurd.. that's life." She might be the hope of the family, but we know that it's unlikely she is going to get the education and support to blossom. Her sister in law can't answer her questions.. "You know I only finished 8 classes of school..." Then there's the 100year old grandfather, who now all but paralysed, sits decorated in numerous war medals, a local legend who shot all the local kulaks. He's the family pride that none of them can live up to, in danger of passing away at any moment. This representation all fits so perfectly, it's quite amusing to see, and it could have potential for an interesting question of "where is Russia actually going now?"

In answer to this the film gives us a gloriously graphic and beautifully shot and choreographed slow-motion violent, completely over the top ending. It would be a wonderful poetic tongue-in-cheek contemplation on the nature of contemporary Russian life.. and that's how I would like to read it, but then I'm not sure if it was intended that way. Are we supposed to blame the mafia boss brother for all the family's problems? (Are the big bucks people supporting the hypocritical party line of "corruption is bad, m'kay!" ?) If you watch it without knowing anything about the director's other blockbuster work or who may have funded it and for what reason, it is a charming and fascinating film.

Dom - A Russian Family truly represents all things Russian - a weird, incongruous mix of the profound and superficial, and a weighty balance of love and violence. Just like living in real Russia, if you take it seriously it's quite depressing and bewildering but if you take it with a pinch of salt it's great fun and definitely thought-provoking and certainly has a lot of potential for the future. 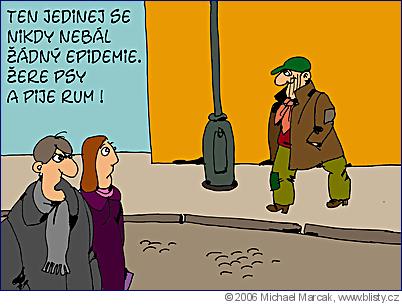