All the refugees that have been held in Czech detention centres testify that their incarceration in the Czech Republic has been the worst part of their journey in search of a safe haven in Europe, says public service Czech TV.

"The Czech Republic deals with you as though you were criminals. You are being kept in regular prisons," say the refugees. They are extremely afraid of the Czech state. They have given evidence to Czech Television on condition of anonymity.

All refugees were removed by the Czech police from trains going from Budapest to Berlin. This was the last leg of their arduous journey in search of a safe haven. They do not understand why they were arrested and incarcerated just a few hours before reaching Germany.

On being arrested, the Czech police forced all of them to pay a "fine" of 50 euros for "entering the territory of the Czech Republic without a visa". Those who did not have any money on them are now regarded as debtors by the Czech state.

On arrival in a detention centre, the refugees were forced to strip naked. The prison guards checked all their body orifices to make sure that "the refugees were not hiding anything in them".

They were forced to spend their time in the cramped room or in a small outside space of several square metres which was surrounded by razor wire. This outside space was normally locked and the refugees were allowed to go there only three times a day in order to eat there.

In the Bělá-Jezová detention camp, the refugees protested against the unacceptable quality of food on several occasions. The quality of food was substandard and there was not enough of it. For instance, breakfast consisted of a single slice of bread with a dollop of butter. Lunch consisted of a portion of spiced macaroni with watery sauce. The food portions were so small that even if a parent gave the meal to his/her child, the child was still constantly hungry.

"The Czech detention centres are places which drive you mad. I have seen men who had been on their journey searching protection for many months, even for several years. When detained in the cramped conditions of a Czech refugee prison, they wept hopelessly. No one will tell you how long you will be held there. First, they told us we would be held there for 30 days, then for 45 days, then for 60 days. Some people have been detained in the Czech camp for five months. They are absolutely exhausted," said one of the refugees to Czech Television. 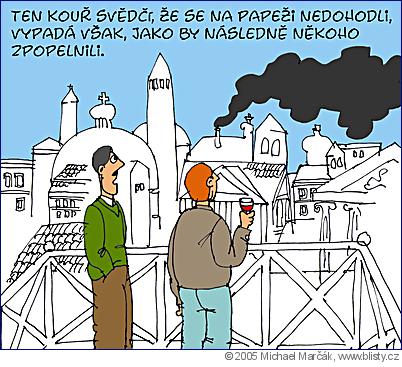