Czech MP: "Czech Home Secretary may well be prosecuted for committing crimes against humanity against the refugees"

Jiří Zlatuška, former Vice-Chancellor of Brno University and a current Member of Czech Parliament, warned on Czech Television that the current Czech Home Secretary Chovanec may well be prosecuted for his inhumane and degrading treatment of the refugees. He places them in detention centres which "closely resemble concentration camps", said Zlatuška. "I have visited the Bělá-Jezová detention centre. It is extremely cramped. A number of provisional accommodation units have been placed in an extremely small area which is surrounded by razor wire. Food is brought in there wooden boxes. Even small children are being held in the detention centre. There is no reason for this."

"If I were the Czech Home Secretary Chovanec, I would be really worried," continued Zlatuška. "In my view, this is cruel and degrading treatment. Looking at Article 259 a) of the Czech Criminal Code which deals with torture and crimes against humanity, if I were the Czech Home Secretary, I would be afraid that I may well be prosecuted for these crimes one day." He added that he was about to raise a parliamentary question about this issue, but would not be submitting a criminal complaint against the Home Secretary. "Other people will surely do this." 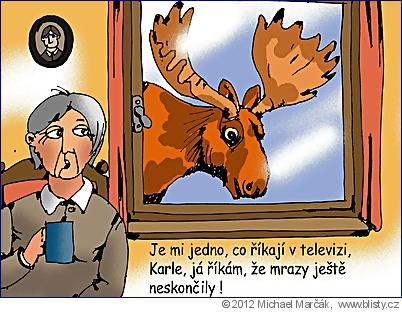