On arrival in the Czech detention centres, the refugees are stripped naked. Hunger strikes are ignored. Will international organisations act?

Syrian, Afghani and Iraqi families are imprisoned in the Czech "refugee detention centre" in Bělá-Jezová, says NGO activist Martina Ahmed-Čermáková, who has worked in the the facility as an interpreter. She says the detention centre is a world of "lack of understanding, arrogance, bureaucratic ill will, helplessness and psychological as well as physical torment". Here is an account of her experiences from the Bělá-Jezová detention centre, as it has been published in Czech on the A2larm website:

The Bělá-Jezová detention centre functions as a high security prison, even though it holds individuals who have not committed any crimes. Within this prison, the refugees have been deprived of all personal effects, but also of their personal freedom and of dignity.

Hundreds of refugees are now being held in Bělá-Jezová. The prison is overcrowded. There are twice as many inmates within it than are the numbers for which the facility has been designed. Women and families with children are held in barracks and in provisional cells.

The reception procedure shows that the Czech authorities are truly rough with the refugees. All the new arrivals are subject to intimate body searches. In the presence of the guards, they are forced to strip naked and are order to jump about to see whether some hidden objects might fall out of their body orifices. All the personal effects, including jewelry and cash are confiscated from the refugees. The refugees are charged for their imprisonment. Most of them leave the prison without any money and with a bill for their detention which they are expected to pay.

The refugees are barred from using their mobile phones and from smoking. This creates highly stressful situations for them.

Fights occasionally occur amongst the refugees. This is due to the fact that people from different nations, from different classes and different religions are crammed into a small, enclosed spaced for many weeks on end. Nevertheless, all the refugees that the interpreter has met in Bělá-Jezová are trying to retain at least the last remnants of their personal dignity and hope. They are always incredibly pleased when someone brought them a pair of second-hand shoes or a warm jacket for their child.

The refugees, who are being held in Bělá-Jezová are primarily trying to find out information about why they are being held and are trying to contact the members of their families and their friends. The language barrier is a major problem. The employees of the detention centre do not speak any languages apart from Czech.

The employees of the detention centre are unwilling and unable to communicate with the refugees. This is the main source of incredible levels of frustration, helplessness and dissatisfaction of the refugees.

The employees of the detention centre give orders to the refugees by gesticulating to them, often in a very undignified manner.

The refugees with which the interpreter spoke complained of medical problems. These remain untreated. Due to the language barrier, the refugees cannot tell the staff members that they are ill - or they are afraid of telling them because they fear that they might be placed in solitary and might be cut off from their families.

A middle-aged lady told us that she had a seriously infected tooth which needed immediate action by a dentist. A dentist, however, is not available and in spite of her pleas she is being given only one tablet of a pain killer per day.

Last week, a seriously sick Syrian lady who had not been eating for several weeks and is in a serious psychological condition, was separated from her husband and adopted son, who continue to be held in Bělá-Jezová, and she was deported to Slovakia. Her husband and her son have no information about her whereabouts or about her further fate.

Families are frequently being divided. It happens regularly that different members of the same family are released from detention on different days. This means that parents and children never know when and how they might be able to reunite after they have been released. There have been several cases where the father was moved to the male detention centre in Vyšní Lhoty in Northern Moravia, while his wife and children remaiend in Bělá-Jezová. This shocking practice needs to be investigated by international instutions for the defence of the rights of families and children.

When the refugees are released, they are given an order, written in Czech, which tells them that they must leave the Czech Republic within seven days. Regardless of how much money they had on their arrival, on their release each refugee is only given 400 Czech crowns (approximately 15 euros). Sometimes, refugees are released at 10 pm at night, and without any help or information how or where to find accommodation. 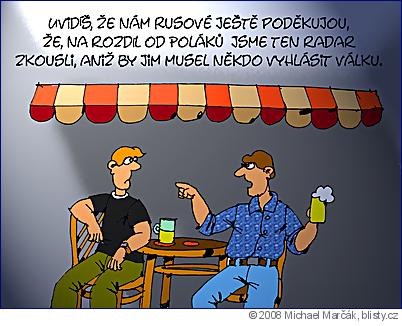