Do you think that if we accept refugees in the Czech Republic, they will respect our laws? Czech President Miloš Zeman was asked during his official visit to Southern Moravia on Friday.

"Of course they will not. Unfaithful women will be stoned, thíeves' hands will be cut off and we will be deprived of the beauty of women because they will have to have their faces covered. I can imagine that in some cases this might be beneficial, though," said Miloš Zeman.

Zeman also made pronouncements about smoking, the environment, diet and the Greek financial crisis.

"I do not agree with the expression 'environmental terrorists' [this is how many people in Central Europe talk about environmental activists], I call them 'green terrorists'. Because environmentalists at least know what the term 'biomass' means."

President Zeman also announced that he will use his presidential veto to block a new law which is intended to ban smoking in public buildings. "Yes, I will veto it because that law is absurd and I myself am a smoker."

While visiting a local butcher's shop in the town of Holešov and tasting various meat products, Zeman said: "The life of vegetarians is depressing and the life of vegans even more so. Doctors are insisting that I should keep to a healthy diet, but sometimes it is better to ignore the doctors."

He also expressed the opinion that Greece should leave the eurozone.

Zeman also said that the Czech defence budget should be increased on condition the Czech army starts guarding the frontiers of the Czech Republic "so that when illegal migrants come here, they will be deported to where they came from." The statement received strong applause from the local citizens.

Zeman added that it would be sensible if the Czech state began to finance voluntary armed units made up of Czech citizens. "I would like very much that if those citizens who want to defend this country should be able to receive military training and be used to defend the borders of this country, as and when it might be necessary." 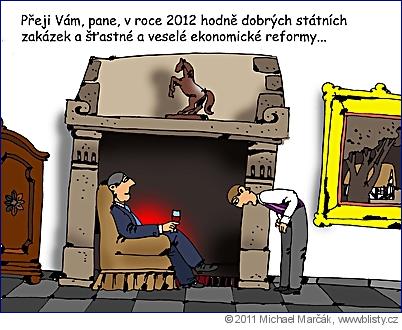