Analysis: Many young Czechs are suprisingly racist and antisemitic


24 per cent of young Czechs aged 15 to 29 find it hard to emphatise with Jews; surprisingly, resentment against the Jews is felt by the older generations of Czechs somewhat  less frequently (in less than 20 per cent of the cases). It is the young people in the Czech Republic who seem primarily intolerant of minorities.  This is the result of a study conducted by the Prague based Institute for the Study of Totalitarian Regimes in cooperation with the Czech Sociological Institute.

The authors of the analysis find the results rather surprising because young Czechs aged 15-29 are expected to have been exposed to antiracist and antiextremist programmes in Czech schools. However,  researchers have found that these programmes seem to have had practically no effect on the Czech younger generation.

It does not help, researchers point out, that teachers are themselves racist. The authors of the report have pointed to unsensitive comments made by teachers at school. For instance at one Czech secondary school, a student from the Middle East brought some refreshments for the examining board during the time of the school leaving examinations. The headmaster of the school reacted to the gift of Middle Eastern snacks by saying "I hope there is not a bomb in them." 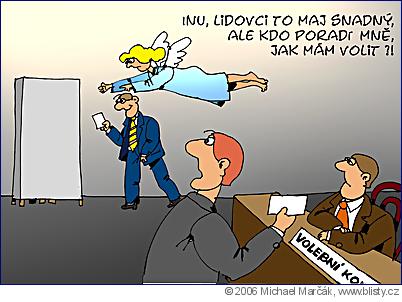