Michal Uhl, Councillor for Prague 2, put up a group of refugees in his flat overnight a few weeks ago. Czech criminal police has now invited him for an interview to explain his actions

"Prague criminal police have telephoned me," Uhl wrote on his Facebook page. "Someone has made a criminal complaint against me for putting up foreigners and maybe also for xenophilia. They summoned me for questioning. This will be very interesting," he said.

Responding to a statement by Czech President Zeman, who said that "refugee lovers should put them up in their own homes", at the beginning of September, Michal Uhl put up seven refugees in his flat and help them to continue their journey to Berlin thereafter.

Later, Uhl put up an Afghani father with two small children in his flat. Their mother had been murdered by Taliban. "These people have experienced shocking things during their journey, but some of their worst experiences on their journey has been their detention in the Czech Republic, in detention centres where conditions are extremely problematic," said Uhl.

Michal Uhl is a Councillor for Prague 2 for the Green Party. He is the son of the journalist and the pre-1989 dissident Petr Uhl and the Czech ombudsman Anna Šabatová. Šabatová has recently criticised the Czech Republic for infringing the European Convention on Human Rights and the Convention on the Rights of the Child. 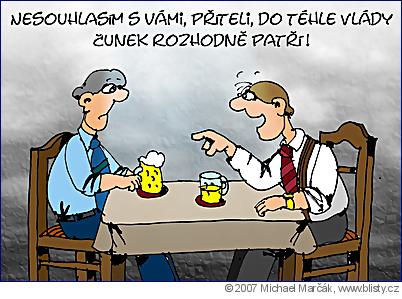