Czech President Zeman: Economic migrants and disseminators of hate speech must be deported ... to Algeria

The refugee crisis will intensify in 2016 and the EU will have to start a wholesale deportation of refugees, said Czech President Miloš Zeman in an interview for the Právo daily on Saturday 23rd January. Muslim preachers, disseminating hate speech must be also deported without delay. For instance, the "Cologne imam who said that the sexually assaulted women were themselves to blame for the attacks because they were provocatively dressed should be deported straight away," said Zeman but could not confirm whether such imam really exists. Nevertheless, he said if he does not, there are many other muslim hate speech preachers.

In the interview, Zeman also demanded that the Dublin regulation should be fully adhered to and that people who have been refused asylum must be deported, as must be the majority of the imigrants who are economic refugees. The European Union must conclude agremeents with those countries who will be willing to accept the deportees. They should be deported, for instance, to Algeria.

In Zeman's view, the New Year's Eve sexual assaults in Cologne were fully to be expected because the Koran tells men to beat their women if they are disobedient. Islamic law gives a woman's testimony before a court only half of the weight of a man's testimony. Hence the muslim community has a different relationship to women than what is customary in Europe. "I am therefore amused that our suffragettes support muslim immigration," added Zeman.

In his view, it is not enough for the Czech Republic to refuse the EU immigration quotas, but it will be necessary to seal the Czech borders. If the EU does not want to commit suicide, it will start deporting the refugees as soon as possible. 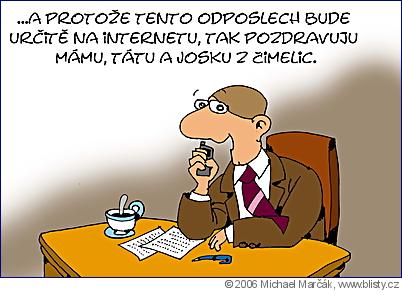