Czech President Zeman: "The UNHCR project for schools about the refugees is dangerous and idiotic"

The UNHCR educational project about the refugees, which uses a comic and a film to allow schoolchildren to feel what it is like to be a refugee, is idiotic and dangerous, said Czech President Miloš Zeman on television on Sunday. He praised the Czech Social Democratic Education Secretary Kateřina Valachová for deciding that the UNHCR educational materials will not be distributed to Czech schools by the Czech Education Ministry.

"This is yet another idiotic project, created by the United Nations High Commissioner for Refugees, these comics," said Zeman. "It is just as naive as bolshevik propaganda, which was just as stupid," said Zeman, adding that the comic "simplifies the situation".

Zeman said that after being exposed to the UNHCR educational material, Czech children would behave according to its message when getting in touch with real immigrants and that would get them into trouble. "If they were women in Cologne, they would get into difficulties," he said. "All stupid propaganda is dangerous."

The UNHCR project is based on Swedish material and contains a comic and a film about the journey of an Afghan boy and a Kurdish girl to Sweden. Another film tells a fictitious story in which ten million Czechs must leave the Czech Republic after a nuclear catastrophe. They move to a fictitious Asian country where their arrival is met with protests. The Czech refugees are confronted with the problem of cultural integration into an alien country.

"I will not allow under any circumstances that children should be frightened like this," said the Education Secretary, adding that the material will not be distributed in Czech schools. 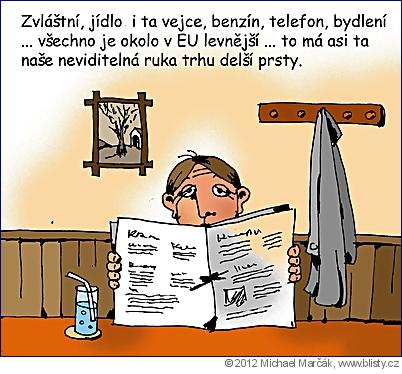