A new departure: Czech Breitbart-like website whips up hatred against a courageous journalist

Parlamentní listy, a Breitbart-like, widely read Czech-language website which is systematically publishing alarmist "news" and racist attacks against muslims and refugees, has provoked a wave of hate speech in emails and on Facebook against a Czech journalist who has publicly expressed revulsion over the emotional nonsense featured on the Parlamentní listy pages.

Daniel Veselý, a journalist working for Czech public service radio and Britské listy, expressed his horror on Facebook over statements made by Jan Petránek, an octogenerian Czech journalist, who is uncritically pro-Putin and makes frequent anti-muslim and anti-immigration statements. In an interview, published by Parlamentní listy on 3rd January, 2017, among other things, Petránek expresses his satisfaction that Donald Trump has been elected the new US President. In the interview, Petránek also argues that Barack Obama had "close links with the muslim world, his second name was Hussein and his US birth certificate was probably faked and this will come out". In the interview, Petránek is strongly critical of the fact that the Czech government has set up an institution which is to warn the Czech public against websites which disseminate fake news. Petránek then argues that the armies of NATO should have been used to stop the refugees coming to Europe:

"When the migration crisis appeared in Europe, which is basically a muslim invasion directed against Europe, and it is the greatest possible security threat, lunatics in the European Union started shouting that one must be wary of Russia, instead of concentrating on the interventionist immigration invasion to Europe, which has been organised by the terrorist centres of the muslim hard core. At that point, NATO had a chance to show itself as a brilliant defence organisation. It should not have allowed the arrival of hundreds, thousands and tens of thousands people from Africa and the Middle East, which has ended up as a wave of a million people."

On 5th January, Parlamentní listy published a summary of Veselý's expression of horror over Petránek's statements, quoting a number of vulgar comments directed against Veselý. The article was was thus formulated as an implicit call on readers to further attack Daniel Veselý, who "has foulmouthed a legendary Czech journalist". As a result, Veselý's Facebook profile has been swamped by vulgar and hateful comments.

This is a disturbing new development in the Czech Republic where the authorities do not investigate and punish hate speech published on social networks and on racist servers, in spite of the fact that according to the Czech Criminal Code, dissemination of alarmist news and hate speech against minorities is punishable by three years' imprisonment. The inaction of the Czech authorities contributes greatly towards the normalisation of an atmosphere of intolerance in the Czech Republic, which was evidenced this week when hundreds of Czech citizens violently protested against the use of a black model in an advertising leaflet published by a German supermarket.

If the Czech authorities take no action, there is a serious danger that incitement to hatred will sooner or later lead to physical violence against individuals brave enough to speak out against racism, hate speech and intolerance.

Read more: A Czech website which is in the forefront of spreading anti-refugee hatred 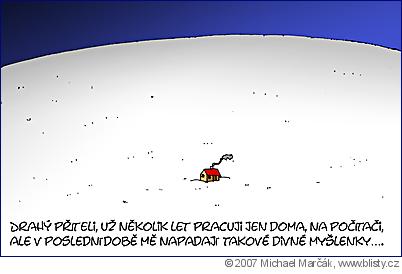