So, far the Czech Republic has accepted 12 refugees although the European Union requests that it should receive 1200 of them. But the Czech Republic will refuse to accept any more, said Milan Chovanec, Czech Social Democratic Interior Minister. In his view, it is more acceptable for the Czech Republic to pay a fine of several million euros for not accepting the EU refugee quota than accepting immigrants.

Here is a quote from an interview with Chovanec, which has been published by the Czech news server Novinky.cz:

Chovanec: "So far, we have accepted 12 people from around 1600 which we should be receiving. As we are gradually doing security checks on these people I think it is not possible to accept any one else than the original 12 people. Security checks are extremely complex and these people are not willing to stay in one place. The Czech Republic is not planning to accept more refugees. This may mean that in September 2017, the European Union will initiate sanction procedures against the Czech Republic and we may have to pay a fine of several million euros. It is up to the Czech government to decide whether it is worth while to pay this fine. In my view it is worth while to pay it. It is impossible to let people come to the Czech Republic without checks."

Why do the proposed refugees fail the Czech government's security checks?

"Our security checks are very thorough and they take several weeks, sometimes more than two months. And these people were not willing to stay in one place where they were being checked, i.e. in Greece or in Italy. This is why we abandoned  carrying out the security checks on them." 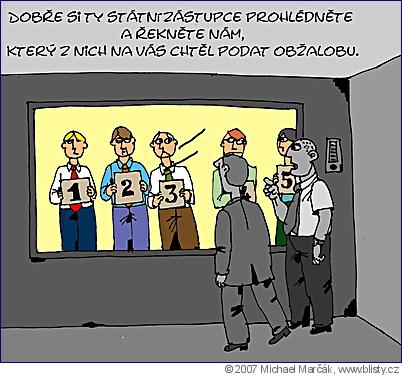