On the surface, some of the documentaries in this year's Czech Joy section of the Jihlava Film Festival are very strong indeed. The inclusion of Ivo Bystřičan's exploration of the controversial D8 highway in Northern Bohemia in Dál nic (it's worth noticing the play on words here) gives us a creative spin on the form of political and activist-led documentary films. A sixteen kilometre long part of the highway between Řehlovice and Lovosice has been ongoing for years, constantly delayed by deviations from the agreed plan and pressure from environmental group Děti země which has seen numerous court injunctions and spiralling costs at the expense of both the taxpayer and local residents in the region.

It is not a new idea to make a documentary on a highway or large construction and the effects on the populace. Like other films of the form we certainly see them suffering too, and rather than solely due to the giant motorway itself (what Bystřičan's camera does exceptionally well is covering the sheer size of the structure) it is also the amount of traffic, in particular lorries, that are forced to take suburban roads near to people's houses. An elderly couple have even been forced to wear industrial sound protectors while they are in the garden, and their home constantly shakes from the heavy usage of the road. One elderly man wishes to sell up and get out before it's too late, but the planning permissions on hold in the Czech courts make it impossible to put his land up on the market. People are generally supportive of the highway, as when completed it will allow them to live in peace and quiet. Many say they appreciate nature -- after all, that's why some moved here -- but in general there is only low concern at the environmental damage which is being caused by the construction.

So who will stand up for the environment? Step in Miroslav Patrik and his Děti Země group, who closely monitor the site for irregularities and stepping over the planning permission. Thanks to the work that Patrik, practically single-handedly has done (the sense we get of the group is that it is primarily revolved around himself), the building of the highway has gone on for years; and parts of the route are still held up, likely for a number of years. The trucks and vans keep rolling on down the side streets. Local residents refer to him as "that asshole from Brno". On a fact-finding mission of the area, Patrik is routinely shouted at and chased off, "all you care about are beetles!" yells one woman. The viewer tends to agree: it often seems that Děti Země are delaying proceedings for the hell of it, despite repeatedly saying that they are for the highway. When the manager opines that no construction ever takes place in the Czech Republic without some planning infringement Bystřičan highlights a sad aspect of life in a post-communist country. The problems of environment versus development are often highlighted through many stunning shots of the North Bohemian countryside, yet the motorway, or a building site, are never far from shot. What the director seems to intend to do here is defy the traditional ecologically-conscious documentary film and propose that the answer is really not as simple as the viewer thinks.

In the same way Dál nic has shattered the concept of `who to support' in a politically-charged film. One would imagine in such a project the heroes would be the noble environmental activists, but this is far from the case. When a section of the highway finally opens, Patrik holds an informal opening himself, and he is the only one in attendance. Through the dialogue sections with him, you often can't help but feel he is a bit of a bumbling idiot. This is not to say that the `suits' on the other side of the spectrum are any better, but those who appear to have their heads screwed on are the builders themselves, and at least their attempt to find a solution between the two sides, yet whichever side is chosen, it appears those who live in the area are destined to suffer (and the sounds of nature and vehicles offer more contrasts). In the end, a landslide causes the motorway to close, and geologists find the land to be unstable -- a final ironic twist to the whole story. For all their faults, perhaps Patrik's band of ecologists were right after all. 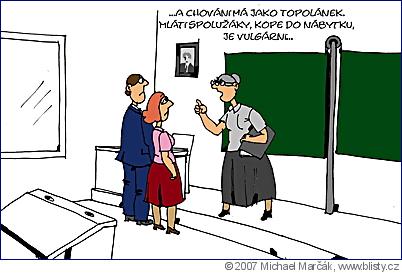