The story of Olomouc bus driver Roman Smetana and his fondness of defacing political posters is not one that likely needs to be recapped in Britské listy, but it is worth writing a few words on the latest Klusák and Remunda film, Dobrý řidič Smetana, which has made its full-length debut in Jihlava this week. This is a reworking of the Česká televize documentary Svobodu pro Smetanu! broadcast earlier this year, with an extra twenty or so minutes added to it, and was one of the films talked up the most by film fans in the town --reflected by the large numbers of people waiting to get into the screening. It started to a standing-room only audience and, as expected, went down very well in the cinema.

Klusák and Remunda have established themselves as one of the best documentary teams right now in the Czech Republic. They have a distinctive style and technique that is instantly recognisable, and crucially, their brand of humorous social commentary is often very relatable to their Czech audience. This film is them at their best, in a well worked piece that is not just designed to focus on Smetana himself, but to pass judgement on the Czech mindset in such matters. This is overt from the start, the new name of Dobrý řidič Smetana and the branding of Smetana as a Švejk-like hero points to how the directors think the protagonist should be a figure which represents all Czechs. In reality, the attitudes of many in the film are ridiculed, from the political elites to those who say they will free him, and in the end don't do anything.

Ivan Langer, the ODS politician whose poster was defaced, is a prominent subject of amusement, from his defence of the court proceedings ("Unlike other people, I remember what it was like before November 1989") and his pathetic attempt to dodge the question on whether or not he has participated in corruption ("I refuse to answer, and that is freedom of speech"). It's a similar story with Petr Nečas, who does not feel offended by having alien antennae drawn on his face, but believes that the so-called `private property' of election placards, which are posted everywhere during an election, is an issue that needs to be respected.

What is enjoyable about Klusák and Remunda's work is that they do not shy away from being involved in the documentary film itself. Throughout the film we see and hear the both of them, usually one director is filming the other while asking questions, and we see all the equipment. This is typical of their style, which to me seems to be as much about how they as a team approach their subjects, and their participation (in this case committing a similar act to the one Smetana did) reveals how they themselves cannot be separated from the work they have done.

This is about more than authorship, however -- this is about Klusák and Remunda wanting to take direct responsibility for the social commentary they make on Czech society and the acts that take place in the films. It is exciting to feel how a story is taking shape, as if we were behind the camera and watching in real time. It also doesn't stop the film having nice stylistic elements either, in particular the montage of defaced posters by citizens taking up where Smetana left off.

There are other articles on Britské listy on much of the content of Svoboda pro Smetanu! and by extension Dobrý řidič Smetana, and I want to leave those to speak for themselves. However, there is one question extremely pertinent to the recent elections and political activity in general that should be addressed.

When questioned on whether his acts promote apathy, Smetana admits that "something is missing...it is a negative act". So what is to be done instead? I've said before on this website that the level of politics in the Czech Republic is often particularly low, in the sense that there has been very little policy and a lot of baseless rhetoric. If the country is to lift itself up as a democracy, what are the acts that citizens should be engaging in, in order to get the change they want and points of view across? I hope that this is a debate that can be answered by readers and contributors.

Dobrý řidič Smetana will be showing, I believe, in cinemas across the Czech Republic. Even if you have seen the previous versions, it is definitely worth an hour and a half of your time. 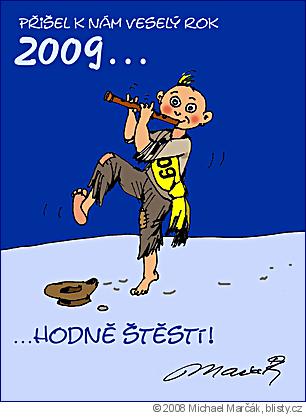