Please help! Two Czechs are being unjustly kept in prison in Turkey - the Czech government does not care

Please act on behalf of Markéta Všelichová, Miroslav Farkas and the other political prisoners in Turkey

Czech citizens Markéta Všelichová and Miroslav Farkas have been serving their third year in Turkish prisons in Turkey, while the Czech government does not give a damn.

Markéta Všelichová and Miroslav Farkas  have been condemned to six years in prison by Turkish courts for allegedly "supporting terrorism". They have been sentenced  on the basis of spurious,  exaggerated and fictitíous arguments.


Ankara labels any support for the Kurdish autonomous region of Rojava in northern Syria as terrorism, including the fight against the Islamic State (ISIS).

Všelichová and Farkas tried to deliver a tent field hospital to the  Kurdish adversaries of ISIS. Farkas had served in the YPG militia for a short time.

Všelichová and Farkas, with a great deal of naivety and with a lof of Facebook exhibitionism, tried to do at least a minimum against the horrors perpetrated by ISIS.  Turkey has been conducting frequent raids into the Kurdish areas, resulting in many years in prison for political, mostly leftist and liberal, opposition, for "offences", such as writing an article or simply sharing it or putting likes on Facebook.

The inactivity of the Czech government in this matter is so humiliating for the Czech Republic. The Czech government should coordinate  international action and take steps to demand the release of all foreign political prisoners, who are unjustly held in Turkish prisons.

I note that the only foreign prisoner that Ankara has dismissed so far was an American Protestant priest, but only after Trump's economic sanctions against Turkey. A former British soldier- YPG volunteer – has managed to escape from captivity.

The situation of the two imprisoned Czechs is dire.

Farkas is reportedly opposed to all activities that demand his release. I consider this to be a bizarre fact, a fact that signals, in my opinion, the abnormality of conditions in custody and pressure on him.  This is not the way a legally competent person acts, a reaction like that comes only from  a person in extreme distress. It is necessary to take into account that he is kept in isolation in the city of Van. He speaks only Czech and a little French, while people around him are Turkish and Kurdish.

In the new prison in Izmir, Všelichová has now much more limited possibilities for writing than she had in her previous cell in Van. She was advised to write "short messages and less often". Her father has received just one short message from her in the past two months.

Please help. Make sure that these political prisoners are released.

(The author has worked as a journalist on staff of several newspapers in Brno, Czech Republic)
Turecko | Lidská práva
0
Vytisknout
6806 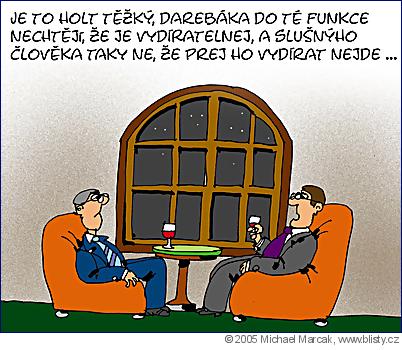