The detention centre in Bělá-Jezová in the Czech Republic is operated strictly as a prison, say two independent Czech lawyers who have just visited the facility.

- The prisoners in Bělá-Jezová include families with small children (2, 4 years of age) and also pregnant women.

- No proper medical care is available. If there is a medical emergency, the inmates are transported to medical facilities outside the prison and they are charged for it.

- If the imprisoned refugees apply for legal assistance, they are forced to wait for a permission to communicate with a lawyer. The permission is usually given only after the deadline for submitting a complaint has expired, so it is impossible for them to defend themselves at court. The Czech state does not provide any legal aid to the imprisoned refugees. Legal assistance is provided by non-profit organisations and by volunteer lawyers who work for the refugees for free.

- Most of the imprisoned refugees are afraid to submit any complaint because they believe that if they give power of attorney to their legal representative, the authorities will revenge themselves on them by extending their imprisonment.

- Children are in accommodation which is not properly heated.

- Basic hygienic assistance (nappies, etc.) is denied to infants and to pregnant women.

From 1st November, 2015, Czech prison service will participate in guarding the refugees who are being held in the detention centres. According to the Czech Prime Minister Bohuslav Sobotka, it is "necessary to extend the detention facilities to meet current needs". HERE

Czech Ombudsman: The situation of children held in Bělá detention centre is serious

Photographs from the Bělá-Jezová detention centre are HERE.

The situation of children and families with children who are being detained in the Czech refugee detention centre in Bělá-Jezová is serious. By detaining them in these conditions, the Czech government infringes the European Convention on Human Rights and the Convention on the Rights of the Child, said the Czech Ombudsman Anna Šabatová at an extraordinary news conference. Children are being held under worse conditions than those of prisoners in Czech prisons. The Bělá-Jezová is a former military establishment and the conditions there are worse in many respects than in Czech prisons. The Czech state imprisons individuals in Bělá-Jezová who have not been sentenced for any crime. Hundreds of children have been incarcerated in Bělá-Jezová. This is in conflict with the image of the Czech Republic as a civilised country.

When the Czech ombudsmand visited the Bělá-Jezová detention centre on 31st August, 2015, there were 147 children imprisoned there. During her visit there on 3rd October, there were 100 children in detention there.

Here are the ombudsman´s findings:

- Parents are being humiliated in front of their children. They are being transported in handcuffs into the detention centre and they are held behind a four-metre barbed wire fence. They are unable to explain the reasons for this situation to the children.

- The parents are unable to provide clothes and shoes for the childen. Instead of warm shoes, the children only have plastic flip flops.

- The children are terrified of the constant presence of uniformed security officials and police.

- Since there are no other activities, the children are playing at prisoners and the police. As another game, they are pretend-building tunnels to escape.

- A small playground for children is available for use only for a very limited time. Some children do not have access it it. There is only one slide and one climbing frame.

- Matresses are often unwashable and they are in a state which is in conflict with basic hygienic standards. There are iron bars in the windows. There are no curtains. Every night, the police drags the refugees from their beds in order to count them. Sometimes the police are helmeted and hooded.

- If the children are asleep, the parents must wake them up and make them stand up.

- Some mothers have lost contact with their children. Sometimes, their child is with their partner in Germany. The refugees have used up their telephone card which entitles them to two phone calls and cannot contact their relatives. When they are released, they do not know where to travel.

- Lack of information is also due to lack of legal aid. The foreigners who are housed in the gymnasium and outside cells did not know there was an offer of free legal aid. All the detainees are entitled to free legal aid by law.

- In a Czech prison, every prisoner is entitled to walks in the fresh air, warm food, a chair, a wardrobe and direct access to a toilet. Many foreigners in Bělá-Jezová do not have access to such facilities.

- A four-member family, which is being held in Bělá-Jezová, will pay the Czech state 29 040 Czech crowns (1075 euros) for each month of detention.

The European Court for Human Rights considers the following characterisics as instances of infringement of the Convention on the Rights of the Child:

- Primarily adults are held in the detention centre

- The detention centre is under visible supervision of the police

In Bělá-Jezová all these three characteristics are present.

It is not possible to accept the above-mentioned conditions in Central Europe in the 21st century. The Czech Republic is traumatising the children. The detainees have not committed any crimes. They have not been sentenced. The Czech Republic allows that they should suffer.

Kids with medical conditions & disabilities lying in the dirt as flies buzz around their eyes - Welcome to Europe http://t.co/8eb9ObPcr1 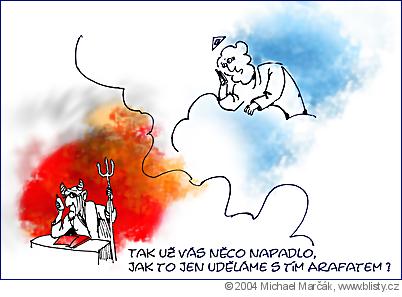