Now that the Jihlava International Documentary Film Festival has finished for another year, it's worth looking at the festival itself, both in terms of praise and some suggestions on how to move forward.

For the most part, it has been extremely successful -- again somewhere in the region of 30,000 visitors descended on the town, no doubt helping the local economy and given the opportunity to enjoy a wide range of different films on offer. The selections were international, with many countries represented on screen, but of course with a special Czech section which featured several successful productions from this year. The Jihlava team made it as easy as possible to navigate the town, clearly signposting where different screenings were being held, and a centralised Festival Centre well-suited for both access to computers for the press, and a space for enthusiasts to bring their laptops and watch films available through the East Silver Market. Many events, in both English and Czech, were also hosted at the Respekt Café, specially set up for the festival. After a long day of watching films, the Festival Tent offered entertainment (and beers!) well into the night, and was a good place for people to meet and relax. The staff were extremely helpful, in particular at the Festival Centre where a confusion with keys in my room was sorted out in a matter of minutes. I understand the staff were mainly volunteers and they should be praised for their dedication and enthusiasm.

Stylistically, I thought this year's theme, Dobrá úroda, was a good fit, highlighting that 2013 was a `good harvest' for films, and of differing varieties. A late-night screening of 80s Czech underground director Čaroděj OZ featured alongside a series of Iranian films, workshops for industry personnel and the latest work to be shown by Česká televize. Those who were here for the entire festival were never at a loose end for something to do. Of course, the majority of those who came were Czech, but it was refreshing for a festival that many were simply film enthusiasts, having no connection to either the press or work in the industry itself. Some festivals could do worse than look to Jihlava and see how they attract non-professionals to the event.

However, like all film festivals, there were problems. Naturally, the week should be tailored for a Czech audience, considering the bulk of visitors will be from the country, but at times Jihlava needs to remember that it describes itself as an international festival. For instance, many of the films which were billed as having English subtitles simply did not, causing the start of films to be disturbed while non-Czech speakers rushed from their seats to pick up headphones for interpretation (this is, if interpretation was offered).

Obviously I could not make all screenings, but from the films I attended I counted half a dozen instances when this occurred. The interpretation on-hand was a good service, particularly as it would carry over to the discussion session with the directors after the film finished. Unfortunately, if English subtitles were available, this service was omitted. I felt fortunate that I could speak some Czech for the Česká televize stage, as during the weekend this appeared to be the main culprit in this matter. The timetabling also provided some minor gripes -- scheduling two popular films one after another in different screens often led to people missing out as queues often started fifteen minutes before. In addition, those queues and demand for certain films often made screenings start up to thirty minutes late, causing problems for those who had a strict timetable of what to see and at what time.

I talked to friends involved in the One World film festival in Prague, and they commented that these problems occur extremely rarely at their event. Perhaps ironically, the film we were seeing together stopped halfway through due to a technical issue. Unfortunately, this was not an isolated incident either, and happened at least three times in films that I saw during the week. Although on the surface a slight annoyance, at times this disrupted the momentum of films to the detriment of the viewer.

So yes, there were a few problems with Jihlava, but this shouldn't take away from the scale of the operation, mostly run by volunteers. Hopefully by next year these criticisms will be taken on board, which would serve to make the festival look more professional and allow greater access to visitors from overseas. Overall it was an enjoyable event, with a wide arrange of films on show, and I'll be back again in 2014. 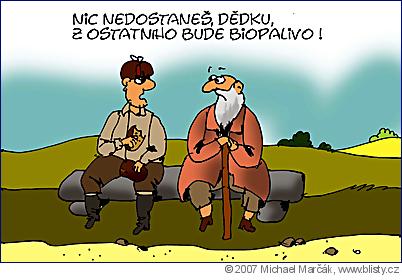