Most refugees do not deserve compassion. They use their children as human shields

Most refugees do not deserve compassion because they are on the whole young, healthy and materially well-off men. They use their children as human shields, said the Czech President Miloš Zeman. He added that he agrees with the idea of his predecessor in the presidential office, Václav Klaus, that a referendum should be held in the Czech Republic about whether it should accept refugee quotas.

Zeman admitted that he, too, feels compassion when he sees the refugee children coming into Europe. But he does not understand why their parents take them with them and expose them to the risk of dying in the rubber boats. The refugees provoke people's compassion for the children, which is quite appropriate, but by doing so, they transfer the compassion onto the adults who do not deserve it. Most of the refugees are, in his view, "men with iPads and iPhones" who have "thousands of euros or dollars in their pockets".

By being critical towards the migrants, Zeman is warning against a "real danger in front of which other politicians close their eyes", he said. Zeman again rejected the criticism of the Czech refugee detention centres, raised by the UN High Commissioner for Human Rights and by the Czech ombudsman Anna Šabatová. In Zeman's view, Šabatová is only trying to make herself famous by disseminating her "militant views".

Zeman added that there is nothing in the EU Lisbon treaty about refugee quotas. He would like the Czech Republic to join Slovakia which has decided to sue the European Commission for imposing the refugee quotas on that country. 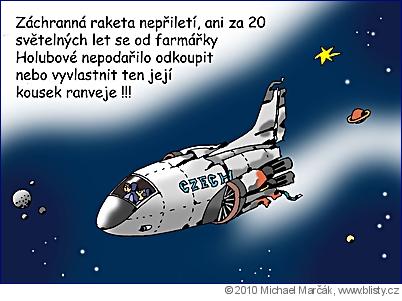