Collaboration and Controversy -- Should Wonka be Exposed?

It has been twenty-six years since Czech dissident Pavel Wonka died in a communist prison in Hradec Králové. Since the fall of the regime, Wonka has had streets and bridges named in his honour, been celebrated alongside the Charta 77 dissidents, and last October was posthumously awarded the Medal of Merit by President Miloš Zeman. Now a new film by director Libuše Rudinská casts doubt upon Wonka's character in her new documentary feature, Pavel Wonka se zavazuje.

This was a controversial screening, and to a packed-out audience this Saturday afternoon. It is understandable that the film has attracted a lot of attention at the festival, and over the seventy-three minutes Rudinská presents an alternate case, alleging that Wonka was in fact involved in activities for the StB. Interviews with former agents, Wonka's associates and other activists at the time give evidence by means of oral history, in addition to several document leads that have been uncovered (it should be noted that the protagonist's StB files have been missing since the end of 1989). Engagement on-screen comes from face-to-face interviews, telephone calls and the director herself being in the picture. Based on what has been discovered, the documentary progresses chronologically, mapping his final years before the neglect and violence that led to his death behind bars.

The above interviews and arguments presented in Pavel Wonka se zavazuje are seemingly treated as factual. Obviously, this is Rudinská's intention - at the start of the screening she argues that there is a cult of personality based around Wonka, and this formed an important base for the discussion afterwards which was rife with tension and in parts uncomfortable to follow. Expectedly, comments from the floor overwhelmingly outweighed questions to the director - the most common one was allegations of bias, not putting over the other side of the story, not spending time on Wonka's record as a human rights activist and so on.

These comments struck me as frivolous - there is no obligation for documentaries to put over two arguments and to balance the positives with negatives - all documentaries are biased to various degrees and in various ways. The film serves its purpose, which is to reveal a new angle on the protagonist. Jan Šinágl's contribution from the floor, in which he accuses the director of deliberately attempting to defame Wonka and that the evidence falls based on thousands of Czech citizens collaborating in some way or another, should be noted here. Šinágl's ten-minutes or so of speaking time was met with applause in some areas and head shakes in others - this is a film that has truly split opinion.

I want to mention in particular the contribution from an audience member at the back of the room, an interesting angle that is worth dwelling on within this context. Is this, he asks, part of a phenomenon where we are obsessed with the "urge to create legends...only for it to become an embarrassment when we have to dismantle them?" For me, this appears to be crucial. We can certainly draw parallels between this case and the revelations made in magazines a few years ago which `outed' Milan Kundera as a StB collaborator.

I pose the following questions without comment - is there a public interest need in 2014 for journalists and filmmakers to look into the past of noted hero figures originating from the communist era, and can these allegations be proven beyond reasonable doubt? What ethical considerations must we make when dealing with this sensitive subject? I ask these in the hope that those who have also seen Pavel Wonka se zazavuje, or will see it, will be able to offer their thoughts in this regard. I feel unqualified to do so personally for a number of reasons. When this film gets a wider audience this has the potential to become an item of extreme controversy - it should be approached with caution. 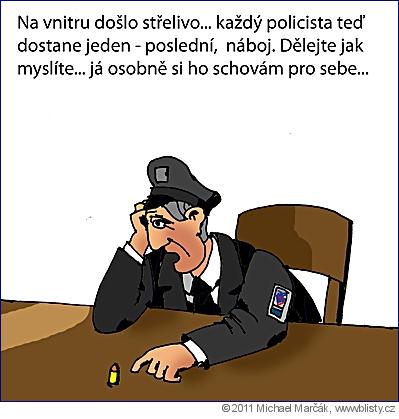