Monday's closing ceremony in Jihlava saw the conclusion to the 18th annual festival and six days of workshops, masterclasses and of course the screening of both international and Czech documentaries for another year. The first hour of the ceremony, where the major awards were presented, was broadcast on Česká televize's dedicated arts channel, and can be viewed here: ZDE.

Undoubtedly the big winner of the evening was director Anna Roussillon, who scooped both the Opus Bonum (best international documentary) and First Lights (best debut) awards. Her film, Je suis le peuple (I am the People), exploring the political situation in Egypt from the perspective of villagers living many miles away from the urban hubs of Cairo and Alexandria. Two Czech films would receive significant accolades -- the first being the audience award going to Daniel's World (Danielův svět, dir. Veronika Lišková), a film which has certainly proven popular amongst festival goers this year, despite the challenging theme of a portrait of a man who lives as a gay paedophile. The Czech Joy section for the best domestic documentary was won by Into the Clouds we Gaze (K oblakům vzhlížíme, dir. Martin Dušek) an observational piece of subcultures and the life of a young man in northern Bohemia. Unfortunately I was not present for the full screening of these films, but I hope to be able to review them in due course. A full list of winners and Honourable Mentions is available on the festival website HERE.

The ceremony itself was, in my opinion, far better than the opening event. Unfortunately, the Vietnamese factory still made an appearance, but this time was in a more understated form -- the main interest of course being those who were winning awards. To this end, the engagement and wit of the presenters allowed for a pleasant couple of hours for audience members. Marek Hovorka, the director of Jihlava Festival, beamed from ear to ear when he commented that interest in the festival is on the up, both for those involved in the film industry and the thousands of visitors who come to the festival every year. Hovorka and his team should rightly be proud at this, and if they do, as the press release suggests, they need to look for more theatres to screen films in 2015, it goes to show the effect of both the films and festival experience on the visiting public.

Last year, I wrote that there were several organisational problems, most notably in incorrectly advertising subtitling and interpretation. Based on the screenings I attended, this problem has been eradicated. That's not to say that there weren't some minor issues -where some venues were too small and others too big for the audience number that actually attended -- but if this demonstrates anything, it is that the festival is growing beyond the expectations of organisers. This is exciting news if it means attracting more high-quality films and directors to the festival, greater international participation and potentially further revenue and investment that can be put towards advancing Czech documentary film and its reception on the world stage.

I've already written about two films which I consider to be standouts -- Eric Baudelaire's Letters from Max and Jana Ševčíková's Opři žebřík o nebe (Lean a Ladder against Heaven). To this we can certainly add František svého druhu (František of his own Kind), directed by Jan Gogola ml. And Česká pivní válka (The Czech Beer War, dir. Jan Látal), two humorous and thought-provoking films which look at some rather eccentric characters and the lives they lead. Both of these documentaries will be reviewed on Britské listy in the next few days. 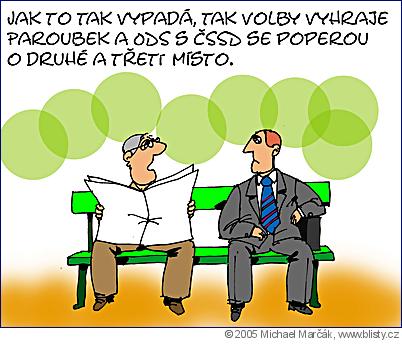