"I praise citizens for reporting refugees to the police," said Pavel Dominik, the Lord Mayor of the town of the border town of Břeclav, South Moravia in the Czech Republic, Břeclav is situated on the border with Austria and is a major international railway junction and a stop for trains from Hungary and Slovakia. On Monday night, Czech police removed some 200 refugees from trains from Budapest, marked them with numbers on their forearms with felt tips and placed them in detention.

"It is important for me that refugees do not wander around Břeclav," said Pavel Dominik. "Since, however, our citizens are vigilant and report all refugees to the police, they cannot move freely about here because they are immediately arrested. After they have been detained, the police interrogates them and takes their fingerprints. Children are transported to Brno hospitals where their bones are X rayed to ascertain their age." 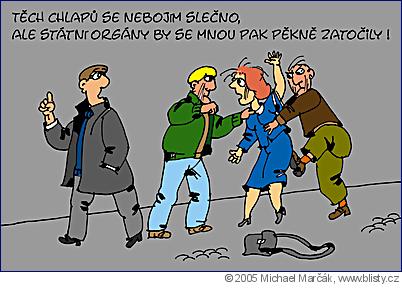