The Czech Republic charges refugees for detaining them

The reason which Czech police gives for removing refugees from international trains crossing the Czech Republic is that the refugees "do not have permission to enter the country". According to the "Dublin Rule", their application for asylum must be dealt with by the first-entry EU country, which is usually Hungary.

After the 6 weeks' detention, the refugees are therefore forced to pay the Czech state 11 500 Czech crowns, which is 425 euros per person.

Theoretically, the refugees have the right to choose a lawyer to represent them, but in practice this is impossible. They are held in detention, they do not have many money, their mobile phones are confiscated. NGOs visit the detention centres, but there is no money to fund them, so any legal aid is extremely limited. Moreover, NGO lawyers are not allowed to enter the detention centres on their own. If a refugee asks for a legal representative, he/she is escorted to one, but it is a big question whether the refugees know that they are entitled to ask for legal representation. Most legal firms in the Czech Republic do not even try to offer legal representation to refugees because they know that the refugees cannot afford to pay for it, Magda Faltová, director of the Prague-based Association for Integration and Migration, told Britské listy.

"They will be presented with a bill at the end of their six-week incarceration; few, of course, have the money to pay it. The Czech authorities are presenting them as criminals, and it resonates well with the public when they are detained," Hana Frankova told the BBC ZDE 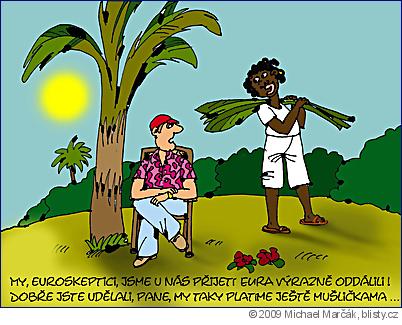