The Municipal Court in Prague found student Kateřina Krejčová, an activist who tried to defend her boyfriend from police attack during a right-wing anti-refugee demonstration which took place in Prague in July 2015 not guilty of "attacking a policeman". The court's decision is final.

"The original verdict cannot stand," said Judge Václav Kašík. "We do not agree that the action for which the student was sentenced was socially harmful," he added and continued: "We do not think it is reasonable to classify her action even as a minor offence. The accused cannot be punished for sitting on a pavement while the police remained inactive with regard to much more serious criminal activity committed by the participants of the other demonstration," said the judge.

The commanders of Prague police expressed displeasure with the decision of the Prague Municical Court to quash the guilty verdict against Krejčová, which was issued earlier by a lower court. The Prague police chiefs have criticised what they see as "impermissible interference with the work of the police".

"Any activity, whether verbal or physical, which interferes with the actions of the police is absolutely impermissible," said the Commander of the Prague Police Miloš Trojánek. "In this respect, I fully support the work of the police and will continue to do so." 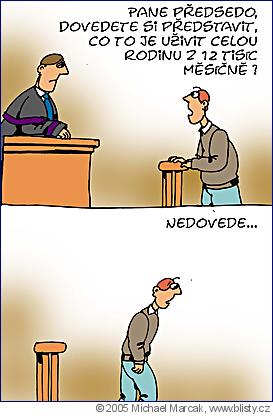