"Jews, gays and Roma should be gassed," said Jaroslav Staník, the secretary of the ultra-right wing Czech populist party "Freedom and Direct Democracy" (SPD) and a close collaborator of the party leader Tomio Okamura, in parliament. Because of such statements, Staník got embroiled in a verbal conflict with the Czech Social Democratic Minister of Labour and Social Affairs Michaela Marksová-Tominová and some other MPs. The conflict took place in one of the restaurants in the Czech Parliament, which are not accessible to the public.

"As I entered the restaurant, he said 'You are that Marx-Engels minister. You support homosexuals.' He added that they should be gassed and liquidated. I remonstrated with him verbally," said the minister, adding that Staník was heavily drunk.


Marek Černoch, MP for Úsvit, said that Staník's statements were even worse. "He demanded that all homosexuals, Roma, and Jews should be shot immediately after they have been born. He also verbally attacked the women that were present with gross insults."

Several other witnesses have confirmed that Staník demanded the gassing of Jews and Roma.

In the general election which took place on 20th and 21st October, Staník's SPD party won 10.64% of the vote and holds 22 seats in the 200 seat lower chamber of the Czech Parliament. 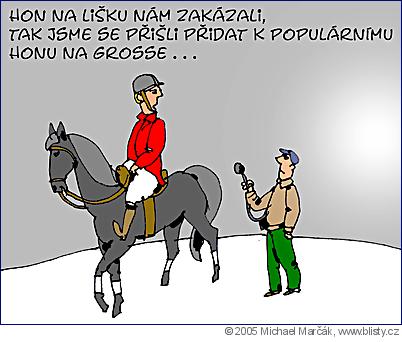