Update: The visit was cancelled at the last minute due to ongoing budgetary problems in the US Congress.

Five US Congressmen representing the Republican Party have requested a meeting in Prague with Tomio Okamura,  the leader of an extreme right wing party, the Movement of Freedom and Direct Democracy (SPD). The following five US Congressmen, Steve King (R-IA), Andy Harris (R-MD), Dana Rohrabacher (R-CA), Louie Gohmert (R-Texas) and Paul Gosar  (R-AZ) will meet Tomio Okamura in Prague on Thursday 25th January at 4.30 pm. According to Okamura's press release, "they will discuss topics of bi-lateral and global importance, including European policy which concerns demographic changes, migration and immigration".

Tomio Okamura is the leader of the most extreme political party which is currently represented in the Czech Parliament. His SPD party  won 22 seats in the 200-seat Czech parliament in the Czech general election which took place in October 2017.

"These US Congressmen have chosen to meet with Tomio Okamura, leader of the Movement of Freedom and Direct Democracy (SPD), who is well known for calling for the banning of Islam and 'external manifestations of Islam.' The SPD's parliamentary party secretary has called for the gassing of Jews, gays and Roma.

I would wonder if the Congressmen know who they're meeting with, but then, I see Steve King is part of this US delegation. King is known for his own racist statements and open opposition to religious freedom - and he's also a fan of other infamous xenophobes in Europe, like Geert Wilders and Marine Le Pen, so this is just par for the course with him, sadly.

It's a trans-Atlantic hatemonger hoedown for unscrupulous politicians trying to boost their careers by driving people to fear and despise others."
Okamura´s views are summed up in this video of his:

Tomio Okamura, the leader of the extreme right wing SPD was elected a Deputy Head of the lower chamber of Czech Parliament on Friday. He received 102 out 200 votes.Okamura demands the ba...

"Jews, gays and Roma should be gassed," said Jaroslav Staník, the secretary of the ultra-right wing Czech populist party "Freedom and Direct Democracy" (SPD) and a close collaborator of the party leader Tomio Okamura, in parliament. Because ...

"The decision of the European Union to approve compulsory quotas for immigrants for their redistribution is a fundamental infringement of the sovereignty and independence of the Czech Republic. It is an act comparable with March 1939 [whe... 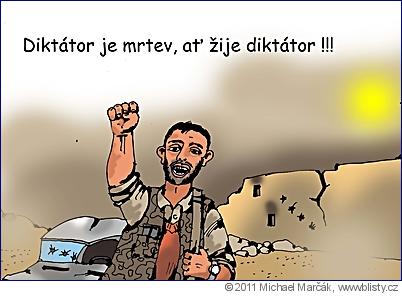