The ongoing Ukrainian conflict that started with the pro-EU Maidan protest in the first half of last December, and quickly transformed into Civil War now seems to be coming to a head. But with heavy fighting still going on in the East and numerous reports of heavy casualties including civilian losses this phase of the war could be the most dangerous for Ukraine's interim government and the Eastern population yet.

In recent days the Ukranian Army, Ukranian National Guard and paramilitary volunteer units such as the Azov Battalion, Donbass Battalion and Pravy sector -- an umbrella organisation of Ukranian far-right movements HERE -- have been closing in on the separatists' last two strongholds in Luhansk and Donetsk with populations of 420,000 and 980,000 prior to the conflict respectively. As part of the operation against the self-proclaimed Donetsk People's Republic the two cities have come under heavy fire from pro-Kiev artillery batteries and the Ukrainian Air Force HERE. A further aim of the operation is seemingly to close down supply lines from the Russian border in to the two cities HERE. These supply routes are essential if the separatists are to continue in their struggle.

Despite claims to the contrary in the West and sanctions placed on Russia by the EU member states America and their allies there is as of yet no proof that the Russian state is in fact supplying the separatists. However, it is unquestionable that volunteer units of fighters have been formed and trained within Russia's borders before crossing into eastern Ukraine to join the ranks of the separatists. It only takes a moment of browsing social media groups on facebook or vkontakte to find a long list of self-organised groups set up to support the Donbass. These groups are varied in composition and have numerous aims doing everything from raising money for the front, finding housing and employment for Ukrainian refugees, to collecting medicine, nappies, military equipment and ammunition HERE HERE. Perhaps this is the Civil Society in Russia that has until now been all but unseen. In addition political parties such as The Liberal Democratic Party of Russia have filled their thin pages with scaremongering stories about Ukraine for months asking for similar donations and Russian patriotism. In this they are not alone. In larger Russian cities such as Moscow or Nizhny Novgorod, on the main streets and outside metro stations, political organisations The Communist Party of Russia and The Other Russia regularly set up stalls to collect financial donations, hand out publication and leaflets with requests for and lists of essential medical supplies and military equipment. The stalls are also one means by which some organisations recruit young able-bodied men to fight in Ukraine after a brief period of training at a covert camp somewhere in Russia HERE.

The Donbass is a heavily industrialised former region of the Soviet Union. During the Soviet period much of the USSR's military industrial complex was based there. Even after independence, the Donbass continued to be a large producer of military equipment and retained its significance for Russia, despite the collapse of the Soviet Union, with Russia purchasing large amounts of equipment from there HERE. It is therefore likely, as separatists have claimed, that they have the bulk if not all of their military force from the region. What they do not have is men. The Donetsk People's Republic has displayed on overdependence on trained fighting volunteers from Russia including many of its commanders such as Strelkov HERE. Reports in the last week of several commanders being wounded and withdrawing from action area a clear indicator that the separatists are facing problems at the front. The blocking of the separatists supply lines to Luhansk and Donetsk by the Ukrainian Army or paramilitary organisation would bring the separatist to their knees within a few weeks as long as Russia took no action.

No one has yet been able to proof that Putin is directly involved in supplying the separatists. However, it is undeniably true that he has been indirectly responsible by allowing political movements and self-organised groups in Russia to collect equipment and recruit and train volunteers as well as by not attempting to close down the border crossings used to reinforce the separatists. It is clear that Putin is no friend of the interim government and he would surely be happy to see them replaced with an eastern Ukrainian styled on Ramzan Kadyrov, but Putin is no fool and Ukraine is not Chechnya. On the other hand, Russia never appeared keen on annexing the Donbass as it did the Crimea, despite what some may have believed in Donetsk and Slovyansk. However sketchy the annexation of the Crimea may have seemed in Europe it was a popular move in Russia HERE and a necessary one if the Russian navy is to maintain a presence on the Black Sea. In its historical context as a former region of Russia by an overzealous Khrushchev it is understandable that many Russians felt it only right it should be re-joined to Russia proper. The referendum held in March was, given the circumstances, largely fair, clearly showing majority support from the population of the peninsula, which made it easier for the Russian public to swallow.

The Donbass is an entirely different kettle of fish. There was a lack of local support for the idea of full independence or joining Russia from the outset with protests struggling to reach a few thousand. The gruesome pictures that quickly hit viewers screens as the conflict turned hot and troops loyal to Kiev began bombarding Slovyansk have also served to distinguish the Donbass form Crimea and its comparably peaceful transformation, reminding the Russian audience what war really means.

Russia's press is all but state owned, meaning you can be sure the Kremlin has a say in what is going out on the front page. Russia may also not be democracy in the western sense of the word, but that does not mean it is a dictatorship. To remain in power a Russian leader needs to keep a reasonably high popularity rating. This should not be difficult under normal circumstances given that the press is more or less under his control, but Putin may have miscalculated. The Russian media has been on a war footing since the onset of the Ukrainian crisis continuously referring to the Interim government as fascist, illegitimate and a junta. News channels have also been showing continuous scenes of civilian casualties, refugees, damaged housing, roaming fascists form Pravy Sektor and the Azov battalion and crying Grannies -- as exaggerated as this can seem at times it has been just as brazenly missing from much of the western media --. The Russian state run media has managed to whip up a hurricane over the Ukrainian crisis while the state simultaneously stands by twiddling its thumbs. If left alone this could show very badly in Putin's ratings in the near future. Here's where the Russian convoy comes in.

The Russian aid convoy seemed to be a way out for Putin. Humanitarian aid is undoubtedly needed in the war torn regions of eastern Ukraine. Its delivery is supported by the Red Cross representing one of the very few neutral organisations when it comes to Ukraine. A number of governments including that of the UK, America and Ukraine have voiced their suspicions of aid from Russia a modern Trojan Horse, and have went as far as warning Russia against using the aid convoy as a pretext to sending in `Russian Peacekeepers'. Ten days in after the convoys departure from Moscow it had still not managed to cross the border this despite an agreement with Ukraine to have the contents of the trucks checked at the border before letting them through HERE. This could have played out well for Putin as Russia is saw to be the only player trying to ease the suffering of the Donbass population while the only aid that seems to be coming from the West is military aid to Kiev HERE. The best option for Moscow may have been a continuous deadlock on the borders with the convoy remaining where it stood. Although useless to the population of Donetsk and Luhansk this situation would have allowed Putin to save face and could be blamed on Kiev. But unexpectedly the convoy began moving through the border earlier today HERE in an act that has already been called an invasion by some including Valentin Nalyvaichenko the head of Ukrainian Security Forces HERE. The worst outcome now would be if the convoy came under fire provoking Russia into taking further action.

With a large number of ideologically charged and deeply anti-Russian volunteer units fighting in the region the likelihood of the convoy coming under fire once in Ukraine is unfortunately very high. These volunteer units are well-armed paramilitaries who do not answer to the interim government making them a dangerous element under the given circumstances. Although allied with the interim government at the present time their loyalty does not lie with it, and their political ideology is at times directly hostile to that of Kiev. Pravy Sektor, a now well-know right-wing organisation with openly fascist tendencies, is anti-EU HERE and therefore in direct contradiction to Maidan's original `EU dream'. The paramilitary organisation has directly challenged the Rada on more than one occasion even threatening to withdraw its troops from the front and march on Kiev if their demands are not met HERE. Similar non-governmental armed organisations have attracted mercenaries and volunteers from various foreign countries including America, Sweden, Italy, Georgia and perhaps most surprisingly Russia HERE HERE. Although it was reported that at least a small number of these recruits do receive a symbolic wage the majority are serving for purely ideological reasons. These fighting battalions and the now battle hardened men in their ranks pose a real potential threat to Ukraine's future. At present these paramilitaries are in the thick of the fighting and are sustaining heavy casualties. Reports in the Russian media supported by a video published on youtube (quickly removed due to its content) by the separatists showed the aftermath of an ambush against a minibus full of Pravy Sektor members in which 20 or so were killed HERE. It is only logical that these groups will expect repayment in some way for their sacrifice. If they do choose to turn their guns on Kiev the government looks likely to come to terms with them or fall. A further and more biting problem will be what to do with several thousand armed ex-combatants in a country facing real economic hardship once the battle in the East is over.

Civilian casualties, a constant feature in Russian news broadcasts, have went largely unreported in the West this also goes for the max exodus of refugees from the Donbass. This may be down to the difficulties of confirming and corroborating actual numbers with so few western journalists on the ground. This is made more difficult as most displaced persons end up in Russia where many have friends and families therefore only a fraction officially request refugee status HERE. However, the UN has numbered deaths at 2000 and 5000 wounded as well as 340,000 displaced persons HERE leaving close to one million still populating the region, Luhansk, and Donetsk as they come under sustained fire. Given the ferocity of the fighting and the tendency of Kiev to underestimate civilian casualties it seems these figures are at best conservative. One thing that is certain is that as the conflict rages on and the Ukrainian forces close in the separatist casualties on all side including civilian are set to rise. 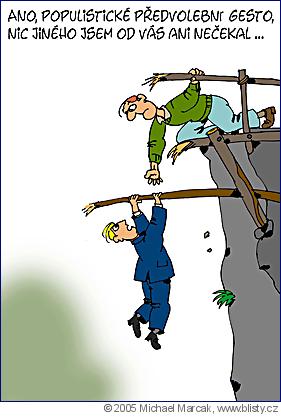