A new tent detention centre is being built for refugees in the prison in the South Moravian town of Břeclav-Poštorná, said the regional governor of South Moravia Michal Hašek (Czech Social Democratic Party) on Czech TV, adding that the detained refugees will be under constant police supervision. Hašek complained that Italy and Greece "do not detain and register refugees and that the Czech Republic must be doing their work for them". When it was pointed out to him by the interviewer that according to the international convention on refugees, Czech Republic is dutibound to accept refugees, Hašek said that the convention was promulgated at a time when "no one expected that millions of people would pick up sticks and move to Europe". He added that such international covenants "were never designed for so many refugees" and that they should be revised in the light of the current situation. 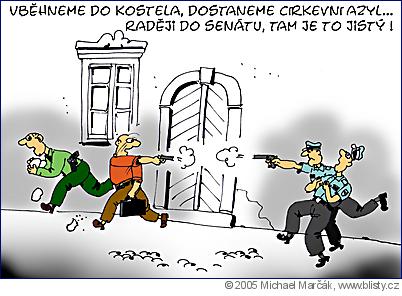