Czech President Miloš Zeman telephoned the Slovak Prime Minister Robert Fico on Friday and congratulated him on his "courage and bravery" in refusing to accept the EU refugee quotas, says the presidential press release today.

Czech Prime Minister Bohuslav Sobotka faces general condemnation for his "weakness" in accepting the refugee quotas. Sobotka was verbally assaulted during a public event in the North Bohemia town of Trutnov on Thursday. "You coward, what are you doing there in Brussels," yelled a young man at Sobotka and hurled a series of insults at the Czech Prime Minister.

Former Czech President Václav Klaus demands a referendum about the refugee quotas or an early election.

"The refugee crisis threatens the Czech Republic more than Russia and the war in Ukraine," said the Czech oligarch and Deputy Prime Minister Andrej Babiš in a widely watched TV discussion programme. In his view, "Europe faces an invasion of nations which have a different religion, different work ethic and a different relation to women. These nations will not integrate," said Babiš and stressed that he is against the EU refugee quotas. He also said that the fact that the Czech Republic imprisons detainees "is in line with EU rules". 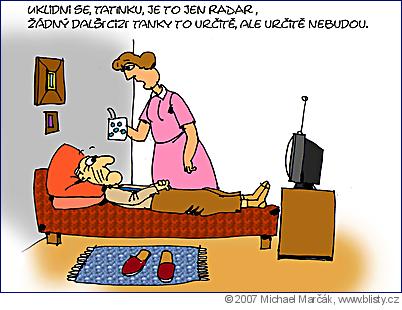