Tucked away in a morning screening alongside a full-length feature was Slovak director Jana Mináriková's twenty-three minute Člověk ryba (known in English as Homo Ciris). A work of docu-fiction, it looks at a man who has spent his life looking after tropical fish and his dreams of becoming one himself. The rationality is that the fish he cares for live lives free of stress and worry, the complete antithesis of today's world. The result of this is that he acts as much like a fish as possible, from cutting up his food to minute-size pieces, to going to the swimming pool and timing how long he can hold his breath underwater (up to an impressive fifteen minutes).

It's a pity there haven't been more films that explore the line between documentary and fiction, which year on year becomes a more prominent part of the sphere of cinematography. This was an example of when it has been done well. Peter Šimun, who plays the protagonist, is extremely convincing in his role: although at times we may laugh at his obsessions, how he wishes to become an aquatic creature himself, we never truly ridicule him for chasing his dreams.

He is a classic outsider, to which the audience warms to, even at times to the point of sentimentality. The camera work also helps us in this factor: the contrast between him, sitting alone in an empty pool, head in his hands, emphasises his despair at the world he lives in and longs to escape from. On the other hand, when he finally makes it to the world's largest aquarium in Japan, he spends all the available time there, hugging the tank in an embrace which feels absolutely genuine.

It would be easy to mock our hero, but throughout the encounter we genuinely hope that he will be able to find true happiness through becoming a fish himself, and this in a nutshell shows how Mináriková's film is so successful. Magical realism, when done poorly, is kitschy and a novelty that has ruined many a film with potential. When it's properly executed, the audience truly believes that something so absurd can have a basis in reality.

Šimun's acting, the use of camera to follow the protagonist both intimately and through wider shots, and music provided by the band Slowlick come together to make Člověk ryba curious, humorous, and above all entertaining. In my opinion it was one of the best films of the entire festival. 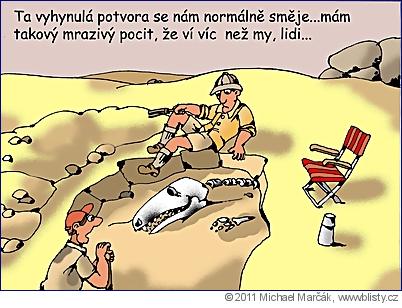