Zdeněk Škromach, deputy head of the Czech Social Democratic Party, has recorded a chauvinistic diatribe against non-existent foreigners and immigrants. He filmed himself in the light of a torch, sitting in a portable rubber paddling pool, extolling what he sees as "Czech national virtues": "Do you feel that the Czech national traditions are under threat? Light fires and show that we will not give up our traditions! We will not be changing in order to conform to the values of the immigrants. Those who are coming must accept our values. If they do not want to, they should look for some other countries! This is OUR home," he said and used dramatic music to underline his chauvinist rant. 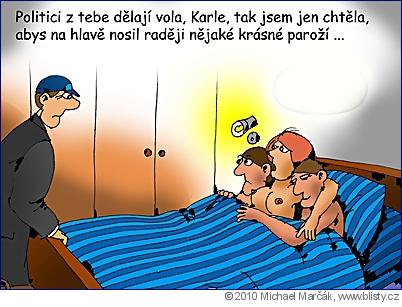