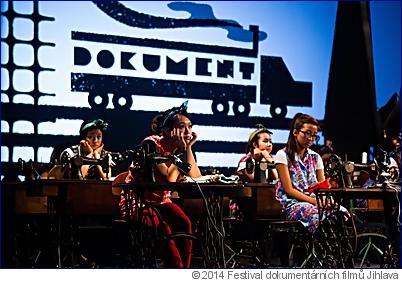 Why the Vietnamese Factory?

Once again, the beginning of the Jihlava Documentary Film Festival again sees thousands of film enthusiasts from the Czech Republic and beyond converge on the small town in the Czech highlands. Following on from the "good harvest" of 2013, the choice for this, the 18th annual festival, is `factory'; and visitors will be treated to a suitable short postcard evoking the heavy industry, dust and machinery of what appears to be a refuse plant before each film begins. With much inspiration from the subject to play on, I found the visual choice of the opening ceremony somewhat bizarre, for reasons I will now explain.

Being fortunate enough to have a ticket for the opening ceremony, I was looking forward to seeing what this year's festival has in store, and optimistic that several of the concerns I had of 2013's on the whole exceedingly good operation, had been ironed out. Thankfully my Czech seems to be improving every year, as once again the audio equipment in my possession for interpretation didn't seem to work. Yet it was the one thing that ironically needed little to no translation that turned out to be the most disappointing. Readers of Britské listy who have seen my recent articles may notice that the last couple have attempted to deal with issues surrounding race. It is with great pity that my first dispatch from Jihlava has to turn in the same direction. The theatrical accompaniment to the opening ceremony, where the juries are announced and so on, are usually designed for levity and entertainment or to showcase the artistic direction of the festival theme in a robust manner. Why the festival organisers felt that visualising a Vietnamese sweatshop on stage was by any means a good idea is still beyond me 24 hours afterwards. The curtains are drawn, and in-between opening dialogues with various industry organisers and local politicians we are met with dramatic, quasi-humorous skits of what goes on in this sweatshop, comprising solely of women operating Singer sewing machines and overlooked by their two white overseers, who routinely beat them with grey Styrofoam batons. The answer is that a lot of coordinated dance routines, with little or no dialogue -- unfortunately inferring that the actors on stage have been selected to be there as Asian women in the Czech Republic rather than on any merits of talent. Above them for the whole ceremony is a red and yellow banner, with what appears to be a Vietnamese Communist slogan written onto it. Eventually, at the ceremony's conclusion, the workers successfully overpower their (for want of a better word) `supervisors' and mercilessly beat them until the curtain comes down, designed to be a positive message of social solidarity and empowerment -- yet the fact remains that for a solid hour we mostly see these women, who occasionally coordinate to dance to excerpts of a Bjork track, getting abused by men with batons. The Vietnamese setting with the political banners and women is troubling -- it invokes the "white liberal" idea that these atrocious conditions and disregard for human rights can only happen on the other side of the world, and orientalist to boot.

Above all, it seems to me to show a remarkable lack of imagination at the expense of something that is an international scandal. Should Jihlava Documentary Film Festival be trying to make light out of human misery? Why did they believe that the opening ceremony was the right stage for this? Jihlava is the oldest mining town in the Czech Republic, with obvious industrial roots; in a country with a rich industrial history of its own. Would it not have been more appropriate to use this angle, rather than that of a country 9,000 kilometres to the East? It also had no connection whatsoever to the opening screening, Alice Nellis's Konkurz na rodiče. The festival should rightfully be regarded as a must-go for Czech and international filmmakers and industry. It should not be reducing itself to offensive displays such as the one witnessed last night. 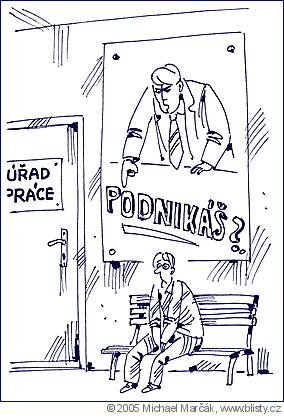