Jana Ševčíková's five-year-long project of following catholic priest Marián Kuffa's parish in the Slovak Tatras is a thought-provoking, rich body of work that has already proven to be one of the highlights of the weekend. Based in the small town of Zakovce, Kuffa's parish is a refuge for a whole manner of alcoholics, drug users and former prisoners hoping to turn their lives around with the priest's help. He has had quite a task on his hands, the refuge steadily growing year-on-year to now provide shelter for over a hundred men and women. It is an exploration on a number of levels - of Kuffa's deep Catholic faith and conviction, the extent that his flock fully believe, of the social problems that still blight rural Slovakia.

The cinematography on show is a triumph. Opening overhead shots of the town are breathtaking, the bold colours when outdoors complementing the work of the sound team in allowing the viewer to fully grasp the contrasts at play here - the crispness of the snow and howling winds that face those who are destitute and homeless versus the warmth that we feel from the glowing indoor shots; the wide open spaces of the Tatras compared to the cramped conditions of a refuge at capacity. This is a bold, professional documentary that is aesthetically stunning without overbearing itself on Kuffa's story.

The dry humour of the men and women feature side-by-side with their often deeply saddening personal testimonies. In a particularly upsetting moment we witness Pavla, who has been in the parish for five years, interact with a mother who doesn't even recognise her, before almost instantly asking her daughter for money. There is also the story of the wheelchaired Kalman, who leaves because of a new love, promising to never return, before coming back some weeks later after being penniless and sleeping rough. The idea of leaving and returning, perhaps entrapment (both physically and psychologically) is often repeated throughout the film. Many who wish to leave are fully unprepared for life on the outside, those who are long-term lodgers resign themselves to never leaving.

At times we feel that Kuffa is performing a thankless task, driven on by his faith and not much more. Yet the way in which Ševčíková documents the interaction between protagonists, gives us the impression that without his flock, he would be lost; much in the same way as many would be without him. That is not to say that everything Kuffa does is saintly - there are sections dealing with social issues where the priest is completely out of step with the modern world, and on more than one occasion we approach the question of involving religion in the rehabilitation and shelter of vulnerable people and outsiders. However, the inherent good of many people shines through despite their often bleak circumstances, and beneath Kuffa's dogma we see a side that is hopeful for a positive future which breaks from the cycle of entrapment and destitution he is right in the middle of.

The film won't, and doesn't attempt to, fully square the questions of faith and suffering that are a bedrock of Father Marián's parish and others like it. Rather, it is a triumph of a stylistic, observational style where we never feel the camera as being fully intrusive or disruptive. The hopes and fears of scores of people are well-documented, thoughtfully put together and edited into a visual image of great benefit. Although there are many more films to be seen this year, I hope Opři žebřík o nebe will be up there amongst the official selections at the end of the week. 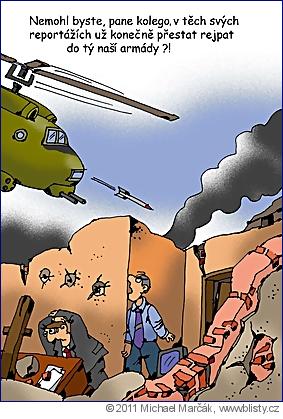