By objecting to the compulsory refugee quotas the Czech Republic did not gain anything. The official Czech position does not make any sense. What is more, the Czech Republic did not propose any alternative solution. This was because Czech Home secretary Milan Chovanec could not negotiate. He is unable to communicate in any of the four official EU languages. While in Brussels, participating in the meeting of the EU Home Secretaries on Tuesday, "he sat alone at a table because he could not participate in the debate," said Eric Tabery, editor-in-chief of the Czech political weekly Respekt.

The language skills of Czech politicians are often problematic. The Czech Prime Minister Bohuslav Sobotka experienced problems recently when he tried to deliver a speech to the recent Congress of the European Social Democrats. The speech had apparently not been written by Sobotka himself and he found himself unable to read it out properly.

"Germany's inconsistent immigration policy is currently the biggest problem of the immigration crisis," says Czech Home Secretary Milan Chovanec on Twitter. He continues: "This cannot be camouflaged by Germany showing its muscles to its nei...

Czech president Miloš Zeman: The decision about the refugee quotas should be made by the Council of Europe 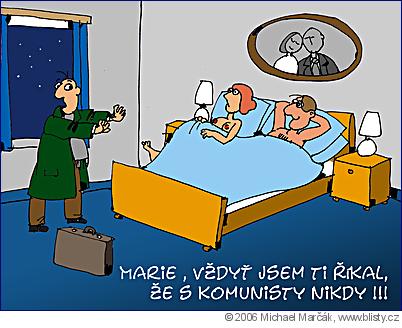