A Czech "antifascist" raves against refugees at an anti-Nazi event

Jaroslav Vodička, the chair of the Czech Fighters for Freedom Union (formerly the Union of Anti-fascist Fighters) misused a commemorative act in the former Theresienstadt Nazi concentration camp in the Czech Republic to attack refugees.

"We ask with fear, seeing the distorted information provided by Czech public service media, what will happen to us when we are overwhelmed by millions of the economic migrants who are looking for a more comfortable existence and refuse to defend their own countries militarily. These millions of migrants come to our country to exploit the European social welfare system which many generations of people have created by their hard work. They are not coming because of lack of freedom in their home countries. They refuse to fight for their freedom. Healthy young men with brand-new iPhones in their hands, in extremely expensive leather jackets show us heartbreaking images of boats sinking in the sea, images which have been manufactured by the people smugglers," said Vodička and he continued: "Along with the top leaders in our country we must seriously think about how to defend the values of our ancient culture which is threatened by an invasion of a different culture with worrying aims."

Karol Sidon, the chief rabbi of the Czech Republic reacted emotionally to Vodička's speech: "Jews have slightly different experiences since they had  a problem during World War II. The problem was that there were many countries which did not allow Jewish refugees to enter their territory, although their lives were threatened by the German Nazis. All these people perished, not only because they were murdered by the Germans, but also because the non-Jewish world slammed its door shut in their face. We should realise this when we say that refugees should fight for their freedom. We know very well how impossible this is. Even my generation experienced the time when they knew that the communist regime was criminal, but there was nothing else to do but to try to survive it."

The Speaker of the Upper Chamber of the Czech Parliament Milan Štěch said that it was wrong to try to compare the horrors committed by the Nazis during the Second World War and the post-war deportation of the Germans. "The crimes committed against the Germans after the war were the work of individuals, while the crimes committed by the Nazis during the war were an integral part of an official state policy," said Štěch.

Roma activists expressed a surprise that a Roma flag was not present in the line of the flags of the nationalities that were persecuted by the Nazis. The organisers of the Theresienstadt commemorative event turned down the request that the Roma flag should be represented, but Roma activists were allowed to bring their own flags to hold them in the crowd. 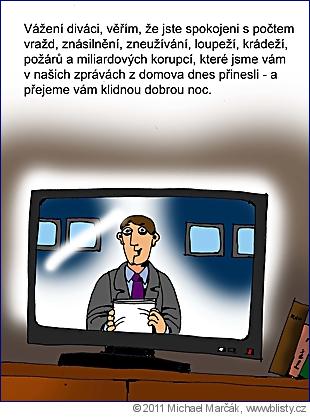