The ugly face of post-communist capitalism: In Czechia, 10 per cent of the population have their income blocked by private bailiffs

Photo: "Officially confiscated." The well-known label which Czech debt collectors use when they confiscate your private property after raiding your home.


Every tenth Czech citizen over the age of 15 has had their personal income blocked by bailiffs and private debt collectors. 863 000 people are thus totally excluded from the regular economic life of Czech society. Over the past year, the number of victims of private bailiffs has grown by 3,4 per cent. Source in Czech HERE

Indebtedness usually starts from a small debt of the equivalent of a few euros about which the creditors will not inform the debtor, but they will pass it to a private debt collector. The private debt collectors wait  for several years until they pounce. The Czech law allows them to hike up the debt by exorbitant debt collecting charges, so that a debt of say the equivalent of 20 euros grows to tens of thousands of euros or more - and you may lose your house.

Thus almost a million Czech citizens have found themselves outside the official economy. Most of their income is confiscated by bailiffs in order to pay  the exorbitant fees of private debt collectors. Since the victim knows that he  will never free himself of debt, he starts operating in the black economy, accepting informal payments for his work in cash only - if he can.

Czech politicians tolerate this abuse - because many of them participate in this parasitical business.

Nowhere to the west of the Czech frontier is it  possible that people would become victims of an exorbitant debt  for not purchasing a ticket for public transport, writes Bohumil Karous in Britské listy.   Surely there are ways of preventing people from travelling without a ticket: if you use the underground in most European cities, there are automatic ticket barriers in all of them.  But in the Czech Republic, it is the public transport authorities which throw hundreds of thousands of people into indebtedness which they can never escape. Many Czech citizens are persecuted by three or more debt collectors.

Why is it possible that Czech lawyers and Czech politicians have until recently refused to deal with the problem that many Czech children, on reaching adulthood at the age of 18, are suddenly saddled with an unpayable debt of garbage collection charges, which their parents are deemed not to have paid when the children were minors?

How is it possible that the Czech Republic has so many citizens who are victims of a debt trap from which they can never escape? The answer is simple: The current Czech politicians  support the mafioso schemes for the impoverishment of helpless people. They are resigned to accepting these practices. Partially they are probably just naive.

A debate took place in Prague  this week within the framework of Forum 2000 where a number of specialists presented many shocking facts which would be enough to accuse the Czech Republic of massive and deliberate infringement of the human rights of its citizens by a group of predatory, criminal and anti-social businessmen, most of whom are lawyers.

It is true that the excessive levels of indebtedness of Czech citizens are now discussed in public a little more than until recently and some small legal changes have been made to alleviate the situation. But not major changes. After many years, it will now not be possible to transfer the parents' debts onto their children and the excessive profits of the private bailiffs exploiting the most vulnerable members of society have been slightly curtailed. But the existing and thriving projects of well-established criminals, operating amongst Czech lawyers have not been disrupted at all.

No one in the Czech Republic is willing properlyt to deal with the situation. There are no schemes to free people of debt. No debt amnesties are available. Why? Because the Czech political scene is too corrupt. Czech politicians of all Czech political parties display pathological loyalty to the human monsters that have created a business from exploiting the weakest members of society and will not give it up. 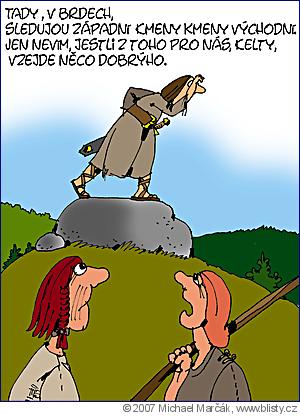