A number of employees and activists of NGOs in the Czech Republic repeatedly receive death threats and threats of sexual nature. Dozens of such cases are being monitored by the In Iustitia organisation. Its number is growing.

While the Czech police does try to investigate some of these cases, it usually says investigation is "complicated" due to the anonymity of the internet.

"The Czech Police grossly underestimates the crime which is being committed on social networks," says the Czech Ombudsman Anna Šabatová. Pavel Zeman, the State Prosecutor, has also recently warned that the police underestimates cyber bullying.


"Death threats and other attacks are aimed primarily against those organisations that work with foreigners, with the Roma or with other minorities. Death threats are also being received by community centres, Jewish communities and by centers providing advice to victims of crime," says Klára Kalibová, the director of the In Iustitia organisation.

The most insulting are the attacks with sexual content. "Allegedly, I am disgusting, no one wants to have sex with me, so I am waiting for a refugee. Not even a muslim would mount someone as disgusting as I am, " says Zuzana Schreiberová of the Prague Multicultural Centre.

Only a minimum number of victims of the cyber attacks report the hate crimes to the police. Those who have done so have usually negative experiences from the reaction of police officers.

"I reported the attacks to the police and provided all the evidence - print screens, text messages, everything. Nothing happened. Before I was questioned, the policemen told me he had read on the Parlamentní listy website [a hate speech, anti-refugee server] what the immigrants are like and tried to persuade me that I should give up my work," says a victim who wished to remain anonymous.

The victim sent her case to a state prosecutor, but he also refused to deal with these hate crimes. "It looks as though the Czech Police and the State Prosecutors do not want to deal with these cases. They told me that there is freedom of speech in the Czech Republic and these insults are acceptable under the principle of freedom of speech. They added that if I support the acceptance of refugees in the Czech Republic, I cannot be surprised that I receive cyber bullying."

Magda Faltová, the director of the Association for Integration and Migration, has had similar experiences. "We wish they cut your head off", said one of the text messages she has received. When Ms Faltová reported a hate email to the police, the police shelved it, then a few months later,  the case was reactivated. In the end, the police came to the conclusion that no criminal offence had been committed. "It is interesting that in this case, the police had in fact found the perpetrator. He contacted me, apologised and offered 500 crowns (20 euros) as a gift to our organisation," says Faltová. When she was questioned by the police, it was unpleasant. "It was obvious that they were not taking the case seriously and regarded my complaint as a waste of their time. The policemen joked during the interview that if someone wanted to harm me, he would have done it already, since the cyber bullying has been going on for so many months."

The Czech police maintains that they "take cyber bullying seriously". However, that is not the experience of the victims of these crimes. The employees of NGO organisations know that it is important to report cyber bullying to the police, but due to the negative attitude of the police, they are reluctant to do so.

"The police does not know how to deal with these cases and they make fun of them. I have kind of got used to this," says Adriana Černá from the human rights organisation Člověk v tísni. 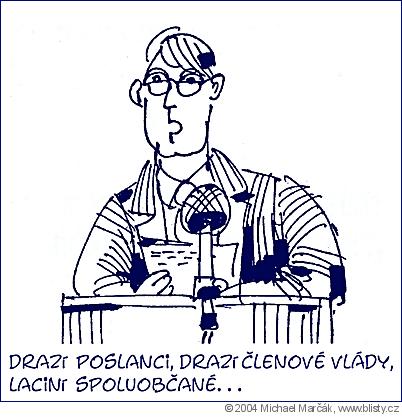