Czech politicians support Babiš: We will not accept any Syrian orphans

"Why should we be taking care of Syrian orphans, of all people?" - Czech Prime Minister Andrej Babiš puts in a strong entry for this year's Zero Compassion Award https://t.co/4ARgEdkJnV pic.twitter.com/oTgMuiVoPC

The proposal that the Czech Republic should accept 50 Syrian orphans was made recently by the Czech catholic party (KDU-ČSL) euroMP Michaela Šojdrová.    Her proposal has earned condemnation from the Prime Minister Andrej Babiš, ("I do not want a single refugee here, not even Syrian orphans")   but his refusal has been supported by the statements of a number of other Czech politicians:

"Mrs Šojdrová obviously does not realise what accepting those orphans would bring about! We have enough of our own orphans!" (Radovan Vích, the extreme right wing SPD Party)

"Orphans, that is a very broad concept. In my view, a political debate must be started." (Petr Pávek, STAN, Lord Mayors and Independents group)

"It is exactly child soldiers who put on belts with explosives and explode themselves!" (Pavol Lukša, former deputy chair of the TOP 09 party)


"This is a combination of emotional blackmail and salami tactics," (Jaromír Bašta, Czech Social Democratic Party)

"It is again before the elections. This time for the European Parliament. This whole thing is totally unnecessary," (Jiří Koškuba, formerly the Czech Social Democratic Party)

"If Mrs Šojdrová wants to put these orphans up in her own home, why not?" (Petr Hanning)

Source in Czech  HERE
However, Babiš's refusal to accept any Syrian orphans in the Czech Republic has earned much condemnation from many people on Facebook and also from some public figures. 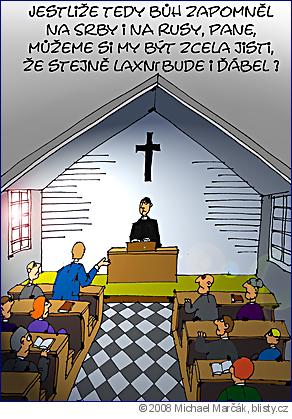