One of my surprise highlights of the 2013 festival was the FAMU International screening, affording students on the English-language course the opportunity to exhibit their projects to an audience at a major Czech film festival. The inclusion of documentary (or documentary-style) projects in the school's Academy Preparation Programme has reaped rewards in terms of the level of challenging work on display, while also exposing new directors to the many industry-related events on offer in the town. In a festival which in many ways is dominated by directors and editors who are a product of FAMU's courses, it is encouraging to see a bottom-up attitude where student work is put on display on many occasions. This applies to other departments in the school -- the documentary film course, which Vít Klusák is heavily involved, was also responsible for screening work from their first-year students.

Of the nine films exhibited by FAMU International, a couple deserve to be singled out for attention. One of the best was certainly Liu Xinzi's Rikky, a portrait of the director herself. As many East Asian students and workers take up anglicised monikers in lieu of their given names (upon, for instance, emigrating for work), Liu takes her own "Western name" as the foundation for her own investigation into the life of a Chinese director living in Prague. Rikky is her "international name for an international course", and her problems, with regards to language and identity, are developed robustly in the short, fifteen-minute film. For many international students and directors living in another country, language often rears its head as a potential topic; though mostly we see this through the eyes of English coming up against the perceived difficulties of the official language, in this case Czech. What makes this short so effective is that it forces the viewer to look at the situation from a different angle altogether: the director's difficulty with the English language, not to mention Czech, often leaves her isolated. Why, therefore, is an international name even needed? At the start of Rikky, Liu is quoted as saying that Prague is "just a dream", in reference to how she ended up in the city. However, as the storyline progresses this takes on a double meaning, in that her life can resemble a dream, fragmented and on the outside looking in.

The director also appears to take aim at the whole artificial nature of the film making process itself, especially interesting when she is the protagonist. The production team's attempts to recreate normal activity become an object of ridicule. The cameras start rolling, so "walk over there and take a banana or something". Is this another indication that her `international' life is much like this portrait -- an artificial construct?

Success was also found in Brazilian director Guilherme Burgos Da Silva's piece looking at sculptor Michal Blažek. Blažek, who has spent a number of years in Cambodia making statues, is a remarkable character with a rather fascinating outlook on life, and transfers well into the documentary. Da Silva is content to let the protagonist talk about his art and experiences ("I was poisoned by Buddha's thoughts...but I survived so I'm going back to Cambodia again") while the camera mixes the interview with workshop footage and displays of the artist's work. This was informative and polished, the result showing a real strength in this style should the director choose a career in non-fiction filmmaking. I Still Believe in Prince Charming, directed by Nadezhda Panov, also went down well, with a short designed to weigh up our dreams with how they play out in reality. As young Swiss woman Margot waits for the "love of her life" as he spends a year in jail, she reflects on her own situation, her deeply-held beliefs about love and life, and we see how the reality pans out on her boyfriend's return from incarceration. When he does return, it is no longer love -- but he has nowhere else to go, so he keeps staying in her flat. Panov's film turns from one of simple portrait to a powerful image of the ever-changing dynamics in society and in human relationships; and how these deviate from mythologised ideas of `love at first sight'.

It was unfortunate that most of the directors, for one reason or another, could not make it to Jihlava or the screening. This stunted the discussion afterwards, which could have been useful in understanding the motives for choosing their selective topics and the approaches they took. Nevertheless, it is another strong showing from FAMU International, who evidently have hard-working students making some excellent films in their midst. Cannily, the school must also aware of the advertising and interest that comes from these screenings, particularly as Jihlava welcomes thousands of film fans and prospective students every year to the festival. If this encourages more people to take up careers in documentary film, it's certainly to be welcomed. 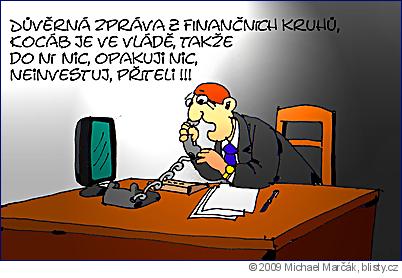