A group of muslims who live in the Czech Republic wanted to participate in religious services in Prague's St. Ludmilla's Church at Peace Square in order to express their revulsion against violence perpetrated by the Islamic State, but the catholic parish has rejected their offer to pray together. Prague muslims were nevertheless accepted by another catholic church in Prague, the Church of Our Lord's Sacred Heart in Prague-Vinohrady. The service in which muslims will participate will take place there on Wednesday 10th August at 6 pm. Muslims will also participate in a public gathering in front of the church to condemn the violent acts which are being committed by the Islamic State.

"I have contacted the priests in several Christian churches in Prague by telephone, asking them whether muslims who live in the Czech Republic could join Christians in prayer against violence in these churches. In most cases I have been turned down, which has surprised me," said one of the organisers of the gathering, Protestant minister Mikuláš Vymětal.

Perhaps the strongest rejection came from the parish of St Ludmilla's Church at Peace Square in Prague. "The vicar of this church said he did not want to cooperate with us," said Romana Červenková, another of the organisers of the event. "Christianity and islam are two different worlds. I do not know whether we would be able to reach an understanding within our religious services," said Chaplain Zachariáš Tomáš Kristek from St. Ludmilla's church. "Our parishioners would probably hate this. I would have to have been told in advance in order to be able to consult our people. And the event would have to have had prior approval by the Prague Archbishopric. We cannot act on our own initiative, especially in such sensitive matters," he added. 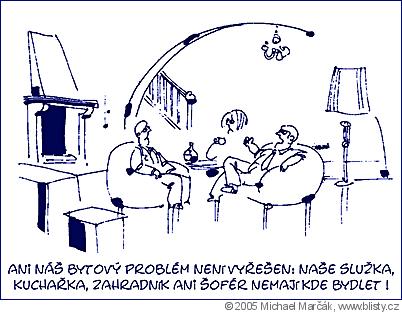