The first day of Jihlava International Documentary Film Festival saw a particularly interesting workshop of FAMU international students presenting their recent work. Seven short documentary works were shown, each from different directors of varying nationalities, and followed by a question-and-answer session with those responsible for leading the programme.

Although most of the films on show were designed as the `portrait' element of the course, that is to say focusing on one individual, the first short, Emma Piper-Burket's How to Build a Terrarium was a triangle project, designed to interweave in several participants. The main subject of the short is the director's attempt to pick up a parcel sent from her mother in the US, intending to highlight the bureaucratic and linguistic problems faced by many non-Czech residents in the country. The terrarium, or vivarium, is indeed a perfect way to sum up the piece.

We as observers are looking into the director's life and experiences in much the same way, and of course we also see the growth of a character inside. Piper-Burket, who starts out as having the pieces of life but cannot put them together "without adult supervision...and I'm supposed to be an adult" feels almost helpless in trying to overcome the numerous closures, building changes and fees necessary for her gift to be collected, but upon completing the feat seems to have a complete epiphany as a young director who is building a successful life for herself on the other side of the world.

Her short is also littered with several interesting motifs, from weaving in a by-story of two people's opinions of electronic cigarettes, to pictures of a young girl trying to play violin and faced with a stern instructor (we believe this to be a depiction of the director herself when younger). This in itself puts into question the notion of the "adult supervision" that she supposedly needs. It is an exciting and engaging short which shows real potential as Piper-Burket hones her craft at FAMU.

Indian director Dhanush Chakrapani is also deserving of praise for his excellent Invisible, which follows the life of blind musician Mário Bihári through the eyes and narration of his seven-year-old daughter. The simplistic words of the child serves the story of Bihari well, from what could be described as touching anecdotes ("he always finds the right key from the whole bunch" "He can go to the market with no help, he is so brave") to addressing some of the themes that Charkrapani wants to raise on disabled people in the Czech republic and the racial prejudices that so many carry.

It does not escape the viewer that Bihari, who is Roma, has a daughter that is white, and this is particularly fitting given the recent media stories which have shown the racism in many institutions across Europe. I believe the director here means to challenge what we as viewers `see' as well, to look under the skin and see Mário as a gifted musician, doting father and loyal friend, and not just a blind Roma man and the stereotypes which come from this.

The idea of perspectives leads on the Forced Perspectives short by Ernesto Anaya Adalid and raises some of the most controversial themes witnessed in the workshop. Personally, I felt the stylistic elements present in other documentaries on offer were lacking in Adalid's work here, but the concept was both intriguing and makes us think of Český sen and other such `stunt' films.

The documentary `interview' set up to explore Mexican drug dealing gangs in Prague, is entirely fictitious, with actors playing the roles; and the crew is oblivious to the fact until its conclusion. This is an overt attempt to discuss what is fiction and what is real in the documentary movement, and inadvertently or otherwise also provides for a real discussion about the ethics of crafting film -- is there a need to be honest? When a subject requests to stop filming should this be done? If not the best executed film, Adalid certainly provides some of the most thought-provoking content of the day.

There is some light-hearted relief and stunning visuals on modest equipment when Komína is shown. Lourenço Sassetti Corrêa's project certainly fits up to the Festival's assertion that there was no loss of inspiration and imagination coming from international filmmakers in Prague. Possibly the strangest subject for a film, the director meets with a man who has a passion for climbing tall chimneys, after getting the idea from a friend in a bar who also does it. "It's the place where you feel completely alone", but at a great risk of falling from one of these massive structures. The thrill is captured through a portable video camera taped to a helmet, which captures some stunning footage of Prague at night and the ensuing dialogue from the climber.

The mammoth scale of these chimneys is emphasised in montage footage at the end of the film with a long shot following a jet plane as it cuts across the screen, a chimney in the background. These weird and wonderful inhabitants of Prague are also seen in Portrait: Petr Biel (dir. Sigurður Möller Sívertsen) , a broke performing artist with a huge house and a talent for mime work, and Scratching Vinyls, Recycling Plastic, Ivan Ivonovsky's look at a former MC and DJ from Skopje who has settled in the Czech capital and loves the act of `recycling': in other words, taking old vinyl beats and changing them into something new and inspiring. Special mention should also be paid for the camerawork of Heimir Gestur Valdimarsson's Kjöt, his camerawork piece on 35mm looking at how the brutal act of meat production turns into something delicate and decadent when matched with both surroundings and garnish.

Most of the cinema during the screening was filled with fellow FAMU students and documentary filmmakers who also have course work of this nature coming up. That is to be welcomed, however in some respects it is disappointing that there were not more cinemagoers and fans in the audience, to enjoy the (occasionally) rough, but challenging and technique-heavy work which is coming from international documentary film students in Prague.

Much of the work shows a surprising maturity from the young filmmakers, who understand the questions constantly asked of documentary as a representation of reality and the ethics that are raised by the nature of non-fiction cinema; and above all cements an exciting line-up of up-and-comers that we will certainly see more of in the future. 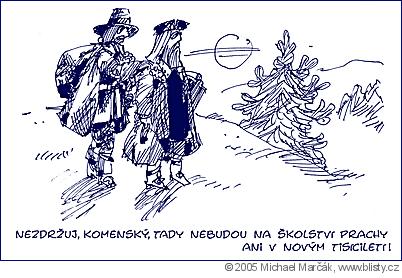