The observation that the style and form of a documentary cycle may change over time is neither new nor original. For Manželské etudy, Helena Třeštíková’s longitudinal study of the married life of six couples, the thirty-fifth year of observation has brought with it a number of interesting new differences which are especially pronounced as Zuzana a Stanislav enters its third instalment.

One such issue in long-term documentary projects is that there are no guarantees that subjects will continue to consent to being filmed. In this instance, both Zuzanas – Stanislav’s former wife and their daughter – decline any participation in the new documentary. Třeštíková speculates that for the latter, refusal may have been out solidarity with her mother, as negative feedback of her character in previous film has led her to withdraw. This is rather unfortunate. One of the strengths of the second episode, Zuzana a Stanislav po 20 letech, was that we were able to observe two contrasting fortunes of the subjects in the post-communist Czech Republic. Whereas Stanislav has been able to enjoy a comfortable life after 1989, Zuzana became increasingly isolated in Bělohrad, working as a cleaner and watching American soap operas as a means of escapism. Now, as Stanislav lives in a large, energy-efficient home (Třeštíková revels in asking him how much money he has spent on heating in every visit), the question of whether Zuzana’s life has changed for better or worse remains a mystery. Subject withdrawal is unfortunately part and parcel of longitudinal filmmaking, even with efforts taken by the director to build and strengthen a relationship; and in this case we are denied the chance to continue to observe both (ex-) husband and wife as they continue their lives post-separation. Additionally, withdrawals mean that we only glimpse part of the continuing narrative of the couple’s children, who both move to Prague for education and employment. Intertitles reveal that Zuzana, who features briefly in one shot at the home of Stanislav and his partner Jitka, now works in social services; whereas Honza is now married and becomes a father over the course of the film.

Because of this, a certain recalibration of Zuzana a Stanislav takes effect. The (mostly) equal distribution of narratives witnessed in Po 20 letech switches to a closer focus on Stanislav and Honza, with their partners occupying a lesser role – enough for viewers to glean certain details of the relationship dynamic, whilst prioritising subjects who have been observed for the longest periods of time. Work, which in many Etudy films after 1989 sees an expanded representation, is minimised here – partially due to Zuzana’s withdrawal, but also considering the status of both main protagonists who are either partially self-employed or mostly work off-site. The technical translations from German which Stanislav specialises in can be seen in the instalment, as is the computer programming which Honza undertakes, but these are not particularly interesting. Scaling these depictions back, therefore, allows Třeštíková to prioritise the new experiences of fatherhood for Honza, and his own father’s eccentricities which were clear from the very first cycle.

Stanislav’s background in electronics was particularly evident upon first encounters between subject and director over three decades ago. Back then, he was noted for hiding away from his wife in his workshop and building a number of devices with various degrees of usefulness. Whereas this was minimised in the Po 20 letech episode, where most of his energy was towards building his new house, it fully returns after thirty-five years; with devices such as a battery-operated scooter, a home cinema and a strobe lighting show all featuring in the footage. Because of these images, Zuzana a Stanislav is far more playful documentary and a counterbalance to the trauma and motifs of loss evident in Marcela a Jiří. It is interesting that over time Stanislav has embraced a more rural, sustainable living, where he now keeps chickens and ducks in his garden. For the viewer, there is evident humour in his project to build an automatic door for the chicken coop, which comes across as rather frivolous (and to save him getting up in the morning). Emphasis is placed on these motifs by new camera techniques from Třeštíková, such as a semi-long shot of the door opening of a morning, or a camera attacked to Stanislav while riding his scooter down the road. This gives this film a more modern, stylistic feel than the rest of the cycle, not to mention some rather bizarre sequences to boot.

For Honza, who during Po 20 letech commented that he would only ever consider having a child “when the time was right”, this in now evidently the time. The togetherness of Honza and his wife, and a situation where it is a man assuming significant childcare responsibilities, draws the inevitable comparisons with his mother and father; and perhaps suggests a new fluidity in terms of gender which did not exist during normalisation. Although these issues are not explored in full, there are other factors which made for interesting viewing, including an admission by Honza that he believes his life to be far more boring than the other cycle couples. The admission that a subject watches the other Manželské etudy films is rather unsurprising (why wouldn’t they?) yet are not something usually taken into consideration by the viewers; offering a reflexivity where it is the subjects themselves that question how they are represented alongside fellow participants. One again, this indicates the potential for the cycle to continue to surprise, explore new angles, and develop the crucial primary role of observing how the lives of the ‘ordinary’ Czech citizen has changed over such a long period of time.

What is clear is that all of the subjects represented across the Manželské etudy project have unique stories which are reflected by the changing approaches taken by the director, while still sticking to a similar format. Zuzana and Stanislav may lack the raw emotional power of Marcela a Jiří, but makes up for it with a light-hearted approach which focuses on the unusual quirks of the protagonists represented. These people really aren’t so different than those of us watching in the hall. 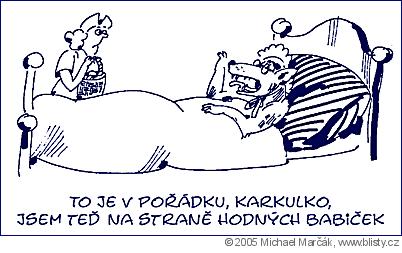