Czech court: A young Afghani was not trying to "rape a nurse"

The Municipal Court in Prague decided on Tuesday that a young Afghani, a patient in a Prague hospital, did not attempt to "rape a nurse".

As a result of a wave of xenophobic hysteria, a twenty year old Afghani male had been charged with "trying to rape a hospital nurse". The young man was lying in a hospital bed and was trying to attract the attention of the nurse on duty to the fact that he was in pain and he needed some pills to alleviate it. Unlike the Afghani patient the nurse did not speak English, so the patient gestured with his hand pointing to his side indicating he was in pain there. He also gripped the nurse's hand in order to attract her attention.

Meanwhile, Professor Cyril Höschl, a highly regarded psychiatrist in the Czech Republic, who has been systematically making strong anti-refugee and xenophobic  statements, has just presented the results of his "research" which he has been conducting with colleagues on staff of the Czech "National Institute for Psychological Health". Höschl and colleagues have allegedly "proven" that those Czech citizens who do not  want to accept any refugees are not xenophobic. These statements are being seriously disseminated by Czech media HERE. 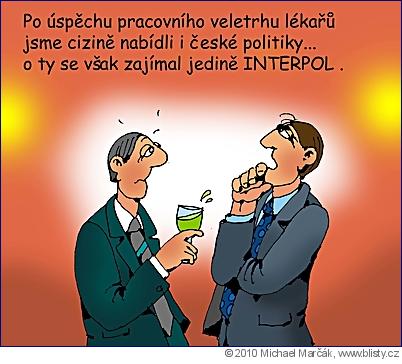