Several hundred extreme right wingers from Tomio Okamura's party "Freedom and Direct Democracy" demonstrated on Saturday, the 700th anniversary of the birth of Charles IV, a Czech Holy Roman Emperor, against refugees and the EU on Wenceslas Square in Prague. According to Okamura, if Emperor Charles IV ruled today, no refugees would be allowed to come to the Czech Republic. Okamura also said that Charles IV allegedly did not tolerate islam.

Okamura sharply criticised the European Union and its openness towards refugees. In his view, refuges were "uninvited unadaptable economic intruders who are coming to live as parasites destroying the wealth that had been created by the ancestors of the Czechs for generations".

Okamura and his guests, including Ludovice de Danne, a high official from Marine Le Pen's Front National, also complained that the media and the journalists were "peddling lies".

The meeting of the extremists was also addressed by the British Euro MP Janice Atkinson, who was elected for UKIP in 2014 and is now an independent. Atkinson said that the participants of Saturday's Prague demonstration were like the people who in 1968 demonstrated against the Warsaw Pact invasion of Czechoslovakia. 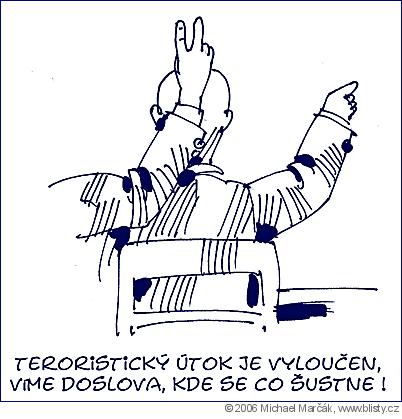