A court in Slovakia: Czech hate speech website Parlamentní listy must not be listed as a source of disinformation

Photo: "No one forces upon you what to think" A Parlamentní listy billboard in the Czech Republic

"NO TO IMMIGRANTS" - ad on popular Czech website, sponsored by hate group "We Don't Want Islam in the Czech Republic" pic.twitter.com/6aIhhO9ZZ7

Using a "preliminary court order", the regional court in Bratislava, Slovakia, has ordered the Slovak website konspiratori.sk (Conspirators.sk) to stop listing the Czech hate speech Breitbart-like website Parlamentní listy as "untrustworthy" until the court reaches a final verdict in this matter.  Konspirátori.sk must also disable the software which automatically blocks advertising  from Parlamentní listy which users can include on their own websites. Earlier, courts in Slovakia have reached a final verdict that the Slovak version of Parlamentní listy (parlamentnilisty.sk) is trustworthy and must not be designated as a fake news website.

In this connection the Czech website Parlamentní listy reminds its readers that the Czech Interior Ministry does not list this website as a source of disinformation.

Both the Czech Republic and Slovakia have laws which punish incitement against minority ethnic and religious groups by prison terms up to three years' imprisonment.   Parlamentní listy has never been charged.


The following is a series of headlines published by Parlamentní listy: 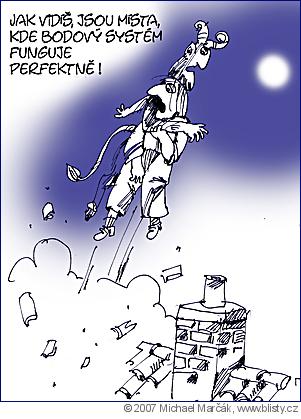