#WhereIsBana? The twitter account of a girl who tweeted about the horrors of life in #Aleppo has gone silent https://t.co/xmfggLBuon

Czech rock musician Radek Banga has become the target of a wave of ferocious racist attacks on Facebook.

A Czech neo-Nazi rock group Ortel has won a popular pop-music competition "The Czech Nightingale". The competition is based on voting by the general public.

During the "Czech Nightingale" award ceremony, when it was announced that Ortel had won the competition, singer Radek Banga, who was in the audience, stood up and left the hall. The ceremony was televised. Since the broadcast, he has been receiving thousands of death threats on his Facebook profile.

The comments include the following:

"The gentleman with the strange moustache did not finish his work during WWII. Pity. This country would now have been  free of the darkies."

"A double dose of gas should be used for this fucker."

"Dirt. Burn them to death."

"Gipsy boy, your insolent brown face will be bashed in."

"Banga is a gypsy and is afraid of gas just as all those immigrant fuckers."

"Banga, you are just a black clown, a pitiful darkie. The Ortel rock band are patriots who are not indifferent to what is going on here."

"Banga, this was a CZECH nightingale. What were you doing there, you Indian immigrant!"

During the Second World War, the Nazis killed many members of Radek Banga's family. This is why, he says, he made his anti-Nazi gesture and left the ceremony.

"I would like to ask my colleagues, the singers, the TV presenters, the actors, the sportspeople. WHOM DID YOU APPLAUD? YOU APPLAUDED NAZIS. I hope you will be able to sleep," said Radek Banga on his Facebook profile.

He added in an interview broadcast by Czech Television: "I am very deeply affected by the current rise of the extreme right. My family was sent to a concentration camp. My wife's family also. My three great uncles and my grandfather were active in the anti-Nazi resistance. One of them fell as a regular soldier of the Czechoslovak army. The other two were arrested by the Gestapo and died during bombing. Only my grandfather managed to survive the concentration camp."

A handful of Czech singers have expressed solidarity with Radek Banga, but most of them have remained silent. Most of the Czech celebrities stayed in the hall and clapped when the neo-Nazi band was given the award. Singer Lucie Vondráčková approves of the fact that the Czech nightingale award was given to a neo-Nazi band: "I think it is good that there is a variety of styles and views." The - Roma - singer Lucie Bílá criticised Banga for his anti-Nazi stand: "It was wrong for Banga to make this gesture. We live in a beautiful country and we should value this. We should regard each other highly and Banga's gesture was unnecessary. These are things which you do not say. And if you want to say them, you should say them in private."

In March 2016, Czech documentary film maker Vít Klusák filmed an Ortel concert which took place in the North Moravian city of Frýdek-Místek. During the concert and after it, the audience openly raised their arms in a Nazi salute, chanted Sieg Heil and other racist chants.

Vít Klusák told Czech Television: "I was really horrified that the stars of the Czech show business openly tolerate the neo-Nazism of the Ortel rock band. This is really serious because the show business celebrities function as role models for so many people."

Czech pop singer Dan Bárta said that most Czech show business celebrities simply want to appear on television at any cost and will do anything for this. They do not have any moral scruples. Singer Vojtěch Dyk agrees: "Popularity means that you really try hard not to antagonise anyone. So it is important for the celebrities NOT to make any clear ethical statements."

Another singer said: "These are not such artists as would be willing to take a moral stand. They are simply entertainers. And entertainers will applaud anyone, even a neo-Nazi."

Did China ask us if it was OK to devalue their currency (making it hard for our companies to compete), heavily tax our products going into..

their country (the U.S. doesn't tax them) or to build a massive military complex in the middle of the South China Sea? I don't think so!

"Never before in history has a crime against humanity been filmed day by day." Yet what are we doing to stop them? https://t.co/l5Zj0JqXso pic.twitter.com/erItHNRwiF

"We are alone": The voices of besieged rebel-held Aleppo https://t.co/YxIiPYxWVO

The U.S. is going to substantialy reduce taxes and regulations on businesses, but any business that leaves our country for another country,

fires its employees, builds a new factory or plant in the other country, and then thinks it will sell its product back into the U.S. ......

without retribution or consequence, is WRONG! There will be a tax on our soon to be strong border of 35% for these companies ......

The first official figures from Austria put Van der Bellen ahead in the election 53.6% to 46.4% https://t.co/gA6K1gD3YI

This isn't a ringing rejection of fascism. It's a near miss. #Austria

It comes to something when we're celebrating the fact only 46% of a European country voted for the far-right, but we'll take what we've got.

71% of Russians want better ties with the West https://t.co/5f8cYECgWi pic.twitter.com/h5btnZSHqK

On @SkyNewsTonight at 7, my iv with @jeremycorbyn in Prague on A50, Blair, populism, antisemitism & a visit to Therezin concentration camp pic.twitter.com/CI6yzCzqBe

(1) Foreign policy consistency is a means, not an end. It's not sacred. Thus, it's Trump's right to shift policy, alliances, strategy.

Trump, Taiwan and China: Why one phone call matters so much https://t.co/sps19IraTz

Trump spoke with Taiwanese president, a major break with decades of U.S. policy on China https://t.co/Q7BZUGzZGx

Winduna is thrilled to announce the UK premiere of Winnie and Wilbur on Channel 5’s MILKSHAKE! this CHRISTMAS EVE at 7.50am, when we will be treated to a Wintery Special featuring the episodes Wilbur’s Big Clean and Winnie’s Tricky Tights.

Introducing the magical cartoon world of Winnie and Wilbur and their friends in two exciting new escapades. From tea and cupcakes to a flying vacuum cleaner, from silly snowballs to stripy stockings, Winnie and Wilbur’s house is full of magic and adventure, so join them this Christmas Eve for some cracking capers, musical treats and plenty of festive fun!

Winnie and Wilbur and their friends can’t wait to meet you on Christmas Eve morning!

I call on Poland's Senate not to adopt amendments to law on assemblies. They are too restrictive & at variance with right to free assembly pic.twitter.com/GXdmbO9VWW

Donald Trump voiced admiration for the president of Kazakhstan, one of the world's most durable despots https://t.co/kWCjn0DFXg 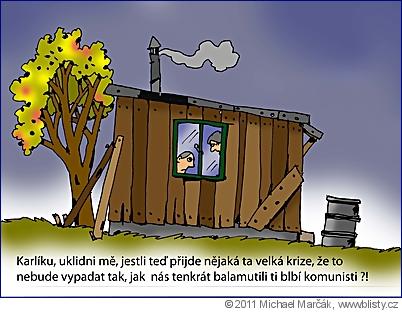