Lidové noviny, the intellectual Czech daily newspaper, which is owned by the controversial oligarch and Czech Deputy Prime Minister Andrej Babiš, published the following "funny joke" as a part of its New Year's Eve "merriment" content in its issue of 31st December 2015, page 7:

"A driver with his car is stuck in a traffic jam. Suddenly someone knocks on the window of his car: "Chancellor Merkel has just been kidnapped by terrorists. They demand a ransom of 10 million euros, otherwise they will douse her with petrol and set her alight."

The driver then asks: "And how much do people give, on average?"

(Note: The Czech version is ambiguous, the expression "litre" also means, in slang, "a thousand crowns".)

Here is a picture of the "funny joke":

According to Article 352 od the Czech Criminal Code, "anyone who [...] threatens an individual or a group of citizens with death, bodily harm or extensive damage because of their real or alleged race, nationality or political conviction [...] will be published by imprisonment from 6 months to 3 years". 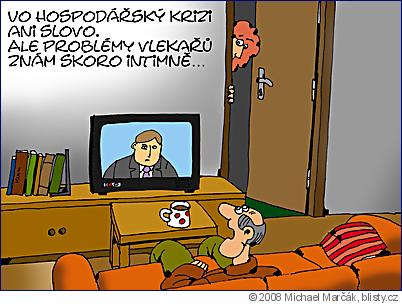