Czech organisation Antifašistická akce (Anti-Fascist Action) shared the above anti-racist image on its Facebook page HERE. On other Facebook pages, the picture reached 37 million users  world-wide and was shared 300 000 times. However, someone must have complained against its anti-racist message because on 17th December 2015, it was taken down by Facebook "being in conflict with the principles of the Facebook community".

In our experience, Facebook has been ineffective in managing hate speech and racist postings, especially in the languages of Central and Eastern Europe. In the Czech Republic, for instance, Facebook tolerates grossly racist and xenophobic pages, for instance those of the organisation "We do not want islam in the Czech Republic". BIS, the Czech security service, has said in its report that this organisation peddles hoaxes and unsubstantiated or deliberately distorted alarmist news in order to whip up fear and hatred against muslims in the Czech Republic. Martin Konvička, the chair of this organisation, is being prosecuted by the Czech police for his hate speech published on Facebook, but Facebook has not taken down his inflammatory posts.

Complaints against hate speech published on Facebook are largely ignored by its administrators. Although Mark Zuckerberg has recently expressed his solidarity with muslims, his largely ineffective management of hate speech on Facebook, which is published in Central and East European languages, greatly contributes to the rise of racism and xenophobia in Central and Eastern Europe.

Prosecutors in Hamburg, Germany have launched an investigation into the European head of Facebook "over the social platform's alleged failure to remove racist hate speech". 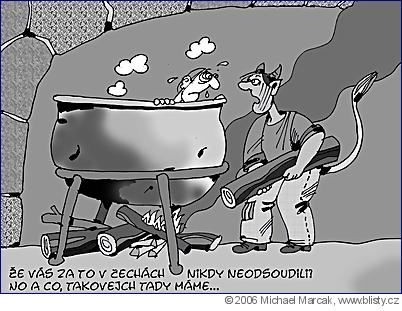